Remedies against viruses that encrypt PC

When using the PC must be careful because everything just very little to run into dangerous virus. Specifically, you must have an eye for the messages that arrive on your inbox. We know that often come unsolicited e-mail, but usually these are cataloged in the Spam folder. The problem is that many times these messages also reach the inbox with users who, by accident, they click to read the contents of the email and, unfortunately, they click on the Annexes. There are viruses that spread right through the mail and taking the name of cryptolocker. 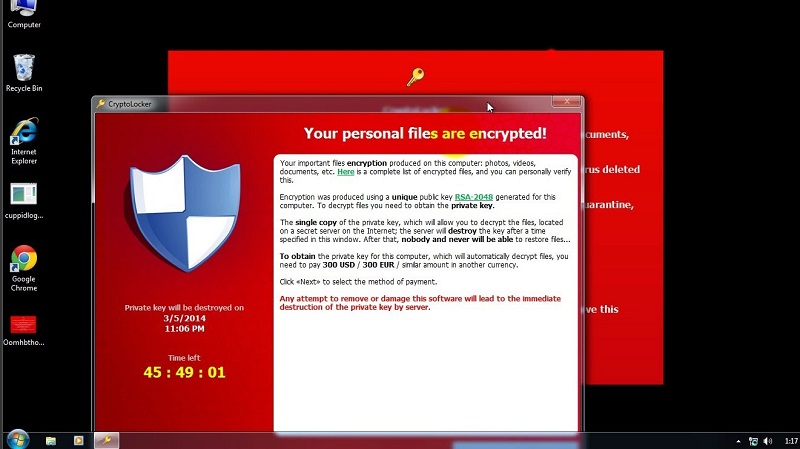 A virus of this type encrypts the data of the victim and those who put it in place calls to the data owner a fee for decryption. In particular, cryptolocker encrypts the data that resides on your hard disk, in so far as there is the operating system and prohibits the operation. And at that point that the redemption request is received.

Many users prefer to pay and have already paid but the Postal Police advised not to give in any way to blackmail. To try to prevent a virus of this type, the first advice is, we repeat, to do a lot of attention to the emails. The user is often mistaken as the sender of the email seems apparently reliable. In the mail there are data related to a purchase made by you and attached an invoice. If by mistake the user has clicked on the content of the message the damage can still be avoided.

What remains important is do not open the file listed in the annex. It is, in fact, not a text document but an executable file that is installed on the memory of the PC and that within a few seconds or at most minutes will be encrypted by hackers. To increase the level of security of your personal computer, you must install an antivirus. The important thing is that this antivirus is up to date with the presence of security keys. It might be important to also install the security tools on the web, could cause to block the virus before it the same to begin playing, and damage your computer. If your PC you possess important data becomes essential to keep a backup copy of the data. We must, however, pay attention to one thing: the copy is possibly made ​​external media or the virus could take possession of the same data. As soon as it appears on the screen indication virus cryptolocker the user is called to disconnect the device from the network. In this way, it may be at least limited the damage, in the sense that the virus will encrypt fewer files.

This virus was born only in 2013 and, therefore, not everyone knows, especially those users who are less experienced in the use of the PC and the network. Viruses typically have already hit, going as far as to cause serious damage to the servers not only of individuals but also to companies and professionals. Ultimately, it is important to ensure that access to the email is always controlled and that, therefore, we will inform you on the Internet or contact the Postal Police in case of suspicious messages.

How to defend against cryptolocker