Undoubtedly one of the most legendary Nintendo consoles and all time is the Game Boy, which is considered the first approach to mobile experiences video game, his legacy has allowed millions of enthusiasts around the world are looking for spare parts for this console and cartridges and accessories, as able to play again on the small screen under green hues, is an experience. 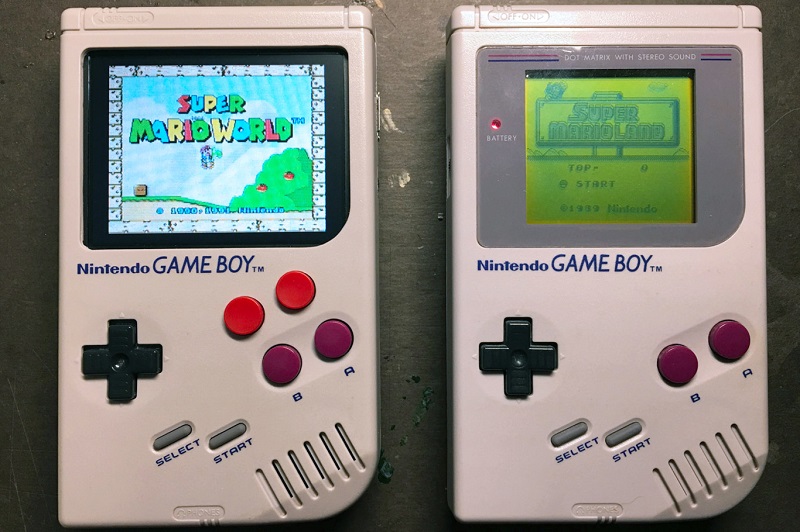 What we now see is pure gold for lovers of retro, but also attacks all those makers souls who like to create truly amazing things, because this is a project that is under the palms on the internet, it consists of a Game Boy modified heart of Raspberry Pi Zero and driven by an interesting hack to a cartridge, which allow us to have NES, SNES, game Boy Advanced and even Sega Master System and Genesis full color.

Wermy is a user on YouTube has uploaded a video which shows the operation of something that has called Game Boy Zero, the portable console Nintendo with some modifications so that it can run games from other platforms, but that’s not all, as the console has new elements that make it a truly portable machine emulator.

This hero of electronics took a cover of Game Boy DMG-01, the first to hit the market, withdrew everything that was inside and placed a Raspberry Pi Zeroloaded with software Emulation Station also changed the old screen by a a full color 3.5 – inch a new speaker with mono amplifier and power system based on are chargeable lithium-ion 2000 mAh, which is recharged via a USB port.

You may also like to read another article on Lab-Soft: Valve wants to lower the requirements for the virtual reality of HTC Vive

To play all the games of SNES and Genesis, also modified the design by adding two front buttons and two in the rear, all without changing radically the classic design. But the most interesting part is modified cartridges with microSD reader, where you can upload all the ROMs you want, in order to have a unique experience.

Wermy has not posted a tutorial step by step, but has opened a thread on Reddit where we can find much of the process, plus we have an album of Imgur where we see details of this fantastic transformation but if this is not enough, in the YouTube video comments Wermy is answered most of the questions, plus it has modified the description of the video to explain each of the components used.