Internet giants are not satisfied with generic server’s traditional hardware manufacturers. They have been gradually migrating to a strategy in which the creation of servers designed as earn integers in efficiency and power.

Amazon, Google or Facebook have been down this road, but it is a surprise to see that Microsoft is also going down that road with the so – called Project Catapult, a separate initiative rather than creating servers as conventional chips are created with other chips that have renewed interest in the industry: programmable FPGA.

Microsoft and its FPGA chips pose a promising alternative

Maybe Google, Amazon or Facebook have been ahead of Microsoft in the design of own servers, but the Redmond company has its own strategy in this regard. Instead of using generic chips for those custom servers, chips are much more versatile, since it is programmable FPGAs that can adapt to different environments and scenarios in a much more powerful way. 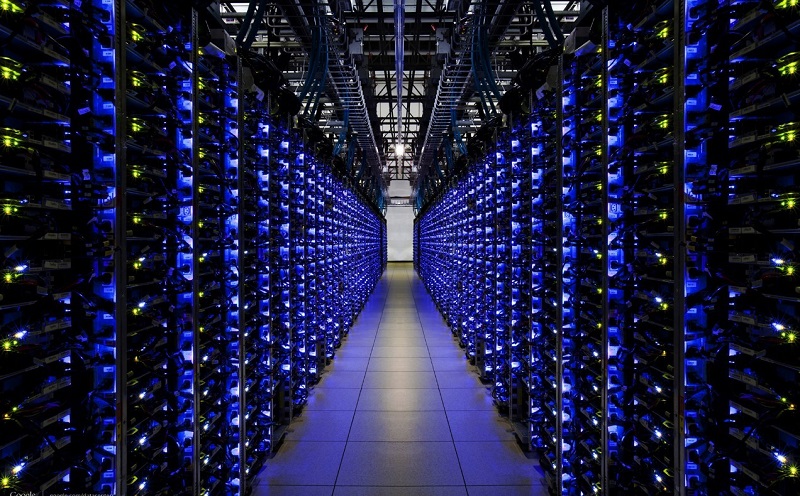 Wired has spoken with officials of Project Catapult leading up about three years and has transformed the vision of the company. The arrival of Satya Nadella has caused a shift in strategy, and cloud services are now fundamental. And to those servers nothing better services especially versatile, powerful and efficient, ensure those responsible for this project.

FPGA chips did not seem to pose a viable alternative, but Doug -Head the project- Burger and his team soon showed that this pathway was more promising than it might seem. Especially since these specialized chips could be reprogrammed at any time to adapt to new workloads and new needs.

Wired tell us how the then CEO of Microsoft, Steve Ballmer, was not convinced that the idea would succeed, but support Liu Qi allowed -maximum responsible for Bing change things.

Bing was the first, Office 365 and Azure came later

Now those chips are responsible for that when we do a search on Bing it returns the results returned as fast as it does, but is also preparing its integration into servers dedicated to its developments in artificial intelligence. In fact, they ensured the project managers in the coming years virtually every new Microsoft server include an FPGA.

These come from Altera FPGA, and Diane Bryant, Intel vice president, he explained that Microsoft is the reason that Intel bought Altera the summer of 2015. The acquisition was not cheap: Intel spent 16,700 million dollars and was the largest operation of this type of semiconductor giant. It seems that after all the relevance of the purchase was not in the future of IoT, but of those developed by Altera FPGAs.

In the early months when the prototypes were developed and began using Bing advantages they were evident: the machine learning algorithms that were used for searches of Bing ran 100 times faster than generic chips that were used in the servers on which Bing worked before. That finally convinced the upper echelons of Microsoft.

Given that the cost of the infrastructure of Microsoft in the field of data centers and server varies between 5,000 and 6,000 million dollars a year, such projects can no longer be described as research projects. As Nadella said, “they are an essential priority.”

You may also like to read another article on Lab-Soft: 25 years of opening to the world of the World Wide Web: Thus were their first steps in 1991

The successful implementation of these chips in your DNS servers to operate Bing was obvious: between 2013 and 2014 Bing showed behave 40 times faster with these new chips, which made it clear that the idea was applicable to the other two ends lance Microsoft in the cloud Office 365 and Azure.

Azure needs with, for example, were quite different. It was not accelerate machine learning algorithms, but to speed transmissions between nodes that vast network of servers. The traffic was such that the CPU of those servers could not handle this avalanche of data.

One of those responsible for these new prototypes, Jim Larus, explained how to redesign these FPGA was not easy: ” It is just awful, much worse than scheduling software is much more difficult to program and more difficult to find the right solution.” The benefits, however, were evident: hardware Catapult costs less than 30% of other components on the server, consume less than 10% of total consumption and process data twice as fast than those servers would without that component.

The secret is in the hardware

Google was one of the first to demonstrate how to design their own servers could have great benefits for its operations in the network of networks. His servants became one of the best kept secrets of the company for a long time, but in 2012 an article in Wired got us so in one of its data centers and we discovered some of those secrets.

That obsession with Google to improve the efficiency and power of their data centers was confirmed late last year when we learned that the firm no longer wants simply to design their own servers: is also working on the design of microprocessors that could govern them.

That same obsession is shared by Facebook, a company that went from manufacturers such as IBM, Dell and HP to move to design their own servers. That process was part of its Open Compute Project, the initiative to market that offer great resources and information to precisely develop open servers from which to iterate to improve efficiency and performance.

We talk about this initiative when we cover the topic on drops large scale IT systems, and all major industry players have ended up joining the collaborative and open project.

These efforts were not only intended for these improvements, but also allow to reduce the cost of such infrastructure as components that are not needed are removed: the design as can ignore anything that is not critical to the operation of that part of the technical infrastructure of these data centers.

The last of the examples we have it on Amazon, another major in the field of internet. Data centers of the company are responsible not only serve avid shoppers online store, but also to support its public cloud, the famous Elastic Compute Cloud, to serve thousands of companies in which this type of operation is crucial.

Just the cost factor is one that has made Amazon also invested significantly in designing their own servers. That allows then their own services are available to commodores prices.

What seems clear is that these giants that offer all kinds of services online are clear: designing their own servers and even their own chips is the key to win the battle efficiency, the power … and the rest of rivals, of course. And that’s where Microsoft could have that special ace in the hole with use of programmable FPGA chips.