Home Smartphone Review This is my experience after use official Cyanogen

This is my experience after use official Cyanogen

It was October 2014 and Google would launch its Nexus of the year. The expectation was high. And there was a double disappointment, first because he was released without warning and second because the price was not attractive. The Nexus 6 broke the line marked by the Nexus 4 and 5 of an attractive mobile (not counterpoint) at a midrange price.

The Nexus 6 was my goal but left me cold. It was not only in price, it seemed too big and the camera does not look like much. And there was something that haunted my head at that time, the mobile that a Chinese company had presented had recently with a strange system purchase invitations: the OnePlus One.

The OnePlus One came as a breath of fresh air. While Motorola had broken the low end with its Moto G (low range in price but mid-range specifications) OnePlus came to break the midrange, creating what have been called half supergama. 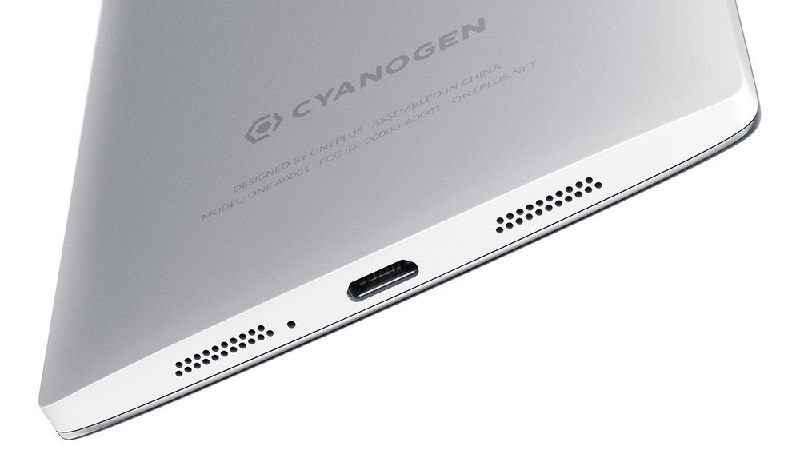 In fact I have the impression that it would have filled the gap left by the Nexus if it were not for your invitation system. Still they managed to have enough relevance and were the model of other brands started using SoC hitherto reserved for high-end terminal half price (with concessions, of course).

One of the things that appealed to me was that the OnePlus One came with Cyanogen, the “professional” operating system CyanogenMod project leaders. That is, the official ROM OnePlus One would be one of the most famous ROMs of the moment, with very interesting modifications to Android but without losing the essence (e.g. Google applications).

One of the main drawbacks that people using commented OnePlus when launched is that the software was little polishing. It is true that in Cyanogen had much experience in cooking ROMs, but is not the same support unofficially a terminal officially. Those who trastean with mobile know that there may be problems, things are not going fine, etc. but that is not acceptable with the operating system that comes standard with the terminal.

In the first months of OnePlus One there were many OTA correcting errors and improving the user experience. When I bought it in October 2014, things were quite polished. The experience was good with Android 4.4 Kit Kat.

But what we expected all users of this terminal are the update to Lollipop. Cyanogen had pledged to upgrade in less than three months to new versions, but they could not fulfill. Really until April 2015 did not update, even though that version was launched in October 2014. There was a question about whether you really come due to the divorce between OnePlus and Cyanogen and really users of this phone can choose between two officials ROM. I stayed at Cyanogen.

With the update already I had everything I wanted when I bought the OnePlus One, an update to the latest version of Android with more than decent hardware terminal and an attractive price. The Cyanogen has enough experience positive and some negative things.

I especially love the stabilizability greater than a normal Android. Most striking is the ability to install themes to change, for example, the appearance of the keypad software from the bottom or how we want to display the shortcut menu (sliding down on the right side of the screen or just swiping down once we’re seeing notifications panel).

I also like to customize the battery icon, the font, rearrange the icons shortcuts, and have the option to restart from the menu off … enough details that are missing in pure Android.

Some things did not make much sense and were in later updates. For example, audio profiles stopped making sense when he jumped to Lollipop Kit Kat appeared because priority and not disturb modes. They were some time but eventually removed in an update. And also some applications such as Baton series, to make backups and never understood how it worked.

You may also like to read another article on Lab-Soft: Huawei P9, all we know or think we know before submission

They also appeared new options within the system, as touching the resolution, very useful thing because until then could only be done with root, and the default resolution on a 5.5 – inch phone was too big (certainly something have gotten into the Samsung Galaxy S7 standard).

Of course, some things have been lost or worsened by the way of updates. It is no longer possible to tune processor performance. Suggestions were downloading Microsoft applications when opening a document compatible (due to the participation of the company in Cyanogen). I also had a time of restarts been frequent until I did a factory reset. And the battery performance leaves much to be desired (in fact I have a booster battery with root that enhances the experience).

Perhaps the biggest drawback has been the pace of updates. Since I came Lollipop months late there has always been this problem. Android 5.1 also came quickly. And although there were a couple of security updates that came more or less rapid, Android 6.0 Marshmallow has been hard to get too.

Although Android 6.0 was launched last October was not until early April that appeared the official version of Cyanogen 13. And still deploying OTA, in fact I still have not received and the factory image to install no it is available officially.

This is perhaps one of the biggest drawbacks. I was used to using the Nexus and when there was a new version update was immediate. Now I have to wait months to receive it and I do not think something positive.

The conclusion of Cyanogen is bittersweet. We are facing a very good system but added some details that should polish and are not normally the manufacturer ROMs. Manufacturers sacrifice functionality so that everything goes fine, those who want ROMs experience with many details and are ready to support small failures. And I thought Cyanogen come to join both worlds, i.e. everything working perfectly but with many interesting features, but it is not. It seems more to have a cooked ROM, yes, full hardware support.

If we add this to the delay in releasing official updates I think when you renew mobile not seek special attention that the terminal has an official Cyanogen ROM. Yes manufacturer update fast and you have a community that serve cooked ROMs if I want to experience, but not necessarily be a mobile Cyanogen.