Intel has launched a software patch to circumvent a newly discovered bug in Skylake processors. The official report particularly emphasizes that if the majority of user tasks circuitry defect usually does not manifest itself. However, during the scientific calculations and stress-test probability of failure increases.

Initially, the error was detected in the Core i7-6700K processor with the option enabled Hyper-Threading GIMPS project participant in finding Mersenne primes. Soon it faced and in other distributed computing projects. According to the observations of users, an error occurs on some processors skylake, if used in computing the value of the exponent is 14942209, but hardly the only condition. 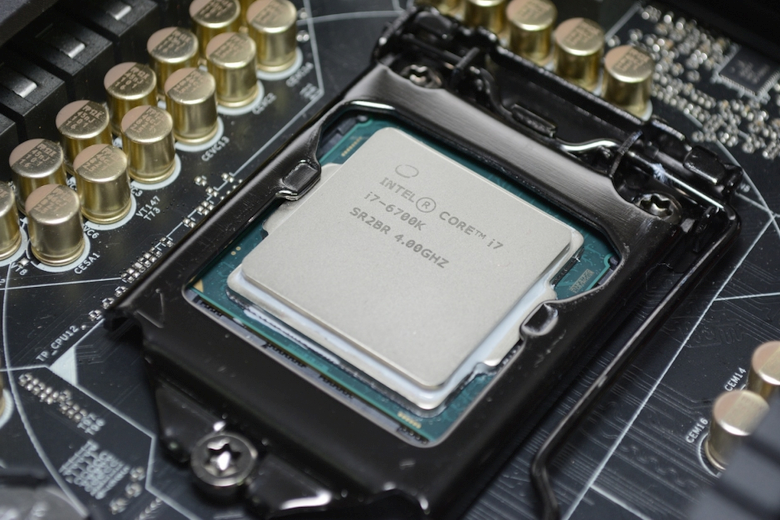 The Intel blog discussing the presence of a manufacturing defect in Skylake processors, but do not report new details. It has become a tradition – writing vague comments in Intel errata, even without specifying the program in which the problem was first discovered. Moreover, as new products details about the bugs in earlier gradually disappeared from the public part of the site.

During the Christmas holidays the error discussed in forums. The discussion was attended by the authors of the program and Prime95. It uses a search algorithm for prime numbers and for more than twenty years, is used for stress-testing the stability of computers – both in acceleration and at standard frequencies.

Found in Skylake defect reflected in the fact that in carrying out complex calculations processors Intel Core i7-6700K can hang or cause unpredictable behavior of the system. Windows it usually falls in the “blue screen”, while the Linux kernel panics. The problem occurs even if the observed optimum temperature and ensures a stable power supply. It seems that the problem of bending a thin substrate Skylake processors pressurized heavy cooler as this bug is not related.

This is not the first case of strange behavior Skylake new processors. In a separate thread discussed other error – hang a few minutes after switching the processor into idle state.

The easiest way to determine if there is a defect in a particular processor – a proprietary program run the Intel Processor the Diagnostic Tool will, free utility Prime95 with different settings or check the correctness of the implementation of tasks in different projects BOINC. Experienced users recommend alternate cycles of full load with long pauses and leave the stress test for the whole night.

Potentially bug affects all sixth-generation architecture Core, but in practice it rarely manages to reproduce it. In some cases, freeze occurs in the first minutes of stress test, and in others – within a few hours or does not occur at all. Computer Configuration, BIOS / UEFI version and do not matter the operating system.

Due to the floating nature of the error, massively withdraw processors Skylake manufacturer does not intend to. Instead, the procedure used earlier free replacement of defective chips; Intel will try to solve the problem at the program level. Already, some motherboard manufacturers through partnership channels sent recommendations to update the firmware. Perhaps the appropriate patches also appear for operating systems.

As with any large company in the history of similar problems Intel has already happened more than once. When Intel began to develop only P5 architecture, first processors contain annoying hardware error. It is named F00F bug – the marking of the first two bytes of four-byte sequence, which treatment leads to hang. For Pentium (including versions with MMX support) were released software patches, but only with the release of Pentium Pro was resolved at the hardware level problem.

In 1994 the new owners are faced with another Pentium bug. Using FDIV team led to the wrong division of numbers written in floating point format. The error is most common when working with Microsoft Excel spreadsheets that made prematurely gray hair is not one economist. Then a series of defective recalled by performing a free replacement to all who apply.

A more recent example of Intel errata as for the fourth-generation Core architecture. One of the long-awaited innovations in Haswell was transactional memory support. At the hardware level, it is implemented in the form of a new set of instructions – TSX (Transactional Synchronization Extensions). However, in processors Haswell, Haswell-E / EP and even Broadwell-Y it was implemented with an error. Recall them did not. Intel only recommended if you have problems TSX disable support in the BIOS.

You may also like to read another article on Lab-Soft: This is what you should have in your notebook for high performance and so fulfills the Asus UX501.

From the point of view of rationalization of costs, this approach is understandable. Supports transactional memory was designed primarily to speed up the server database. The home user is unlikely to notice – it is on TSX or not function. On the other hand, users are actively encouraged to upgrade. Solid amounts were invested in the new Haswell advertising opportunities, but in the end it turned out that take advantage of some of them will not succeed.

Intel and other vendors Policy change for two main reasons: economic and technical. From the point of view of the economy is simple: today reputational losses from defects are evaluated lower than the cost of a huge party review of chips. While the market is a strong competitor, software patches appear risky palliative. Dissatisfied customers can switch to competing solutions. If there is no real alternative, the developer will maintain sales volumes in any scenario.

At the technical level forecast is less than comforting. Previously hardware error in the chips was isolated and was just a few years, but now they reveal in each new generation. Modern processors contain multiple cores, a multi-channel memory controller and graphics core. They support multi-threaded, shared memory, virtualization and a host of new regulations. At the same time they have to bear a heavy load of old instructions for compatibility requirements.

Under these circumstances, production release thoroughly tested products has become an order of magnitude more complex and has ceased to be a priority. Developers important to comply with the terms and volumes of deliveries, and the first users of new products have long been free of beta-testers. Visit http://generationguy.com/ for more tech news.