Established railway infrastructure contractor VolkerRail has recently made headlines for all the wrong reasons, having been forced to pay damages of circa £420,000 to an ex-employee due to their mishandling and poor communication during her resignation and grievance case.

The recent court case has highlighted the importance of maintaining an open and rigorous HR process that allows for clear and honest discussions at all stages.

History Of The Case

The victim initially decided to tender her resignation when her salary expectations were not met but for a long while before this, she had been subject to gender-based harassment from a male colleague who was to become her line manager. The victim did not raise a complaint about his unwanted attention whilst expectations of a significant salary rise were on the horizon but when it became apparent that his promises were unfounded, decided that her only course of action was to resign.

Poor handling of her resignation by the VolkerRail HR department led to uncertainty over whether her resignation request was to be upheld, as the line manager continued to make salary offers for her to remain in post. The victim, at this point, raised a grievance to HR which included details of the unwanted attention and harassment that she had suffered at the hands of her line manager. 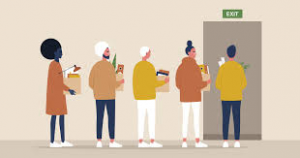 The HR department decided that the grievance was in bad faith and their investigation determined that her line manager had acted inappropriately but not in a way that was indicative of sexual harrassment. During the course of this investigation, the victim believed that her resignation request was on hold pending the outcome of the investigation into her grievance; however the HR department confirmed that her contract would be terminated on the agreed date.

The victim, unhappy with the outcome, escalated the case as a constructive dismissal claim.

What Happened In Court

The court case reviewed all of the evidence put forward by the victim and VolkerRail and upheld her claims of victimisation and sex-based harassment. Judge Wade, who presided over the court case, further identified that the grievance process to which she had been subjected was also discriminatory and harassing. The court case recognised the significant impact that the entire process had on the employee’s mental health, standing within the community and her personal life and the remedies hearing awarded her damages of £419,352. 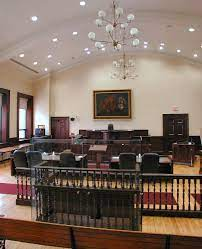 This case makes it very clear that handling a constructive dismissal case has long-lasting impacts, both on the individual bringing the case and the organisation responsible. Specialist legal advice is available from firms such as Employment Law Friend www.employmentlawfriend.co.uk/constructive-dismissal who can advise both businesses and individuals on their responsibilities and provide legal support should a case be escalated to a formal grievance.

This case will be a wake-up call for businesses from all sectors of industry who should take the opportunity to review their HR processes and procedures for handling every element of recruiting and retaining staff, including handling grievances and dealing appropriately with harassment claims. These processes should ensure that all individuals involved are treated equally and fairly, avoiding conscious or unconscious bias and ensuring that all HR staff involved are appropriately trained and able to carry out sensitive investigations with an open mind.