Surface Laptop: Microsoft’s new laptop not only competes with Chromebook also with Macbook

The Surface Laptop, a laptop that is basically a declaration of war on Chromebooks but Also competes with Apple MacBook and MacBook Pro.

Not only in its physical format and attractive specifications, but also in the fact that they are based on Windows 10 S, which differs from the current versions by the fact that it can only run applications downloaded from Windows Store.

The design of these new notebooks from Microsoft stands out for adapting many of the features of both the high-end Surface Book notebook as well as the firm’s convertible tablets, the Surface Pro 4.

The Surface Laptop has an aluminum chassis and will be available in four colors: platinum, burgundy, cobalt blue and gold graphite, but in all of them one of the characteristics will be the keyboard, which follows the line of the covers with Type Cover keyboard The Microsoft convertible tablets.

That keyboard makes use of Alcantara, the material used in flying and dashboard of some luxury cars and that mix polyester with polyurethane of the Italian company Alcantara SpA. That material is the one that covers that part of the design, doing that in fact so much the touchpad as the keyboard resemble both the current Type Cover of Surface Pro 4.

Specifications that promise many joys 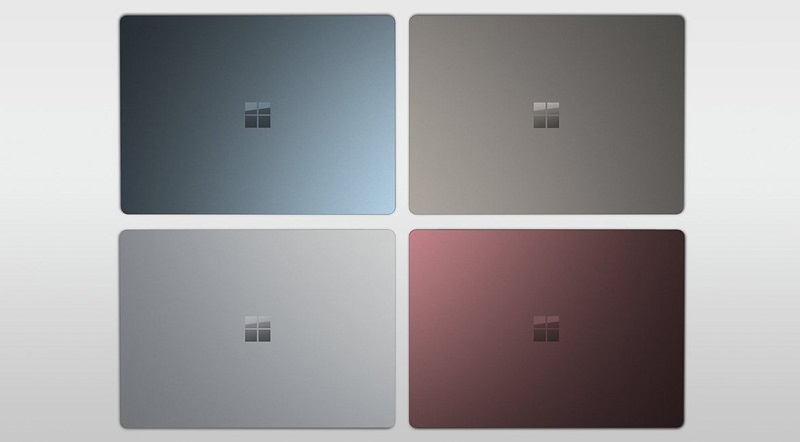 One of the singular notes of the specification sheet of the Surface Laptop is the absence of USB-C ports. These devices continue to dominate the conventional USB port, in addition to a DisplayPort port and an already conventional (and proprietary) power connector in the devices of this family.

A priori seems to be somewhat limited in the section of connectivity, perhaps to look for thinness (14.47 mm in the thickest part) and also lightness: we find a weight of 1.25 kg. Here it is curious that they have also given up the USB-C port, which provides interesting guarantees for the future.

Among those specs highlights the 13.5-inch screen with a 3:2 format with PixelSense technology, which will also offer a resolution of 2256 x 1504 pixels. This PixelSense technology allows both touch and stylus support, which makes special sense in Windows 10 S with these enhanced annotation capabilities.

You may also like to read: Lenovo grows its Yoga Book to create a more economical version

Inside we find Intel Core i5 and i7 seventh generation (Kaby Lake), which among other things promote efficiency. According to Microsoft, the battery provides up to 14 hours of autonomy. In the basic model we have a Core i5, 4 GB of RAM and a SSD of 128 GB capacity. This section can be extended up to 512 GB capacity, while the memory can reach 16 GB.

The keyboard has 1.5 mm of travel for the keys, which also have an important function: They are backlit. Peripherals like Microsoft Dial work seamlessly with the Surface Laptop, adapting to the context: in a Word document rotate implies to pass pages forward or back, whereas in applications like default Spotify low or raise the volume.

The Surface Laptop also has a 720p webcam with facial recognition technology compatible with Windows Hello – it is not an iris scanner, so the security provided by this method is debatable – in addition to 802.11 ac connectivity, Bluetooth 4.0 LE and a 3.5 mm headphones. 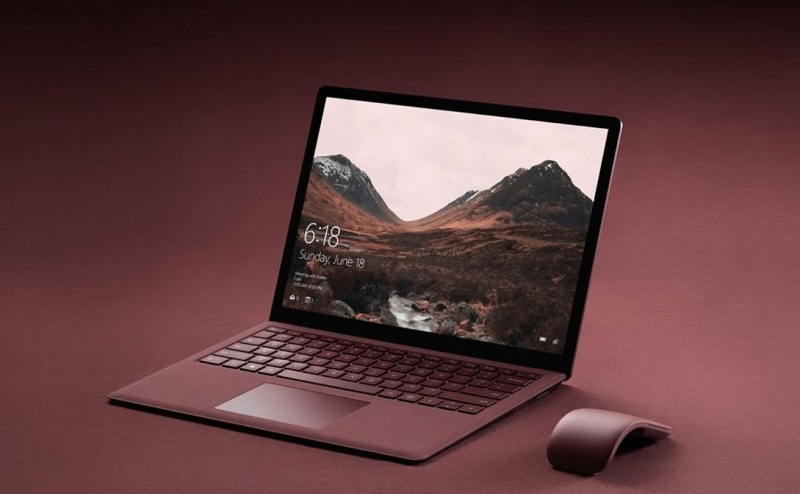 When we hear rumors about the Surface Laptop, we thought we understood that it would be a more affordable and modest laptop, but it is clear that Microsoft has opted for a high-end laptop but that takes conflicting decisions.

One of them is the absence of USB-C ports or more ports of another variety – something that was much criticized to MacBook or MacBook Pro, which used only USB-C, but the other is the decision on the system Pre-installed operation.

It is because with the inclusion of Windows 10 S Microsoft limits users who want to access teams that start at $999. For that price, it seems logical to think that users want a complete operating system, and not version “cover” applications that can only come from Windows Store.

Although it is true that students can expand to Windows 10 Pro without charge – they save therefore the $50 update, also the other users until January 1, 2018 – there could be many users outside educational environments that are interested in these teams. These decisions could compromise that interest.