Acer Revo Build: Does it make sense a modular computer?

Although not finish curdle between users, the concept of modular computer still appears occasionally in the form of products seeking a formula to convince the public. Today we will review one such attempt, which already could see as snack during the IFA 2015: Acer Revo Build.

This desktop of the classic tower concept but offers the ability to add modules easily fit, based on magnets and fully integrated power connectors that eliminate the need to plug in cables. We can do everything we want based high adding expansions, or we can stay with the central module to have a basic computer. Let us see in detail. 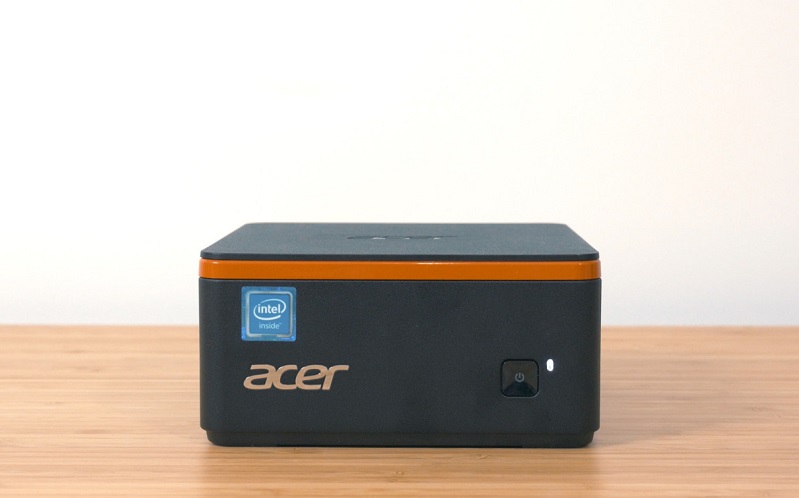 We must be clear: this is a low – power computer, but it allows your price is very low. If we stay with the central computer module have a computer for those who simply want to meet basic needs (such as having a desktop computer for simple tasks or mount a media server next to the TV) and if we are expanding with its modules it will accommodate any special needs we may have.

The Acer Revo Build, at first glance, it appears to be easy to use and expand computer. Its structure as a perfect square is not up too much space or a desk or a TV cabinet, and has an aspect that makes you want to hide from view.

Part of the modules is the one, which is well maintained: everything fits perfectly thanks to a series of magnets strategically placed inside each module and the main unit, and the connectors on each of them does not have to connect any cables.

Modules storage, internal hard disks can be 500GB, 1TB or 2TB. They carry a USB 3.0 connector if we want to use the module as an external disk on other computers. You can combine modules to reach a ceiling of 8 TB of total storage.

Module Wireless Power Bank, designed to be placed above the entire computer to serve as induction charging base that works with compatible smartphone. In addition, also it serves as an external battery, which is charged while connected to the computer and energizes with only separate the module and take it wherever you want.

Module graphic, which adds a more powerful graphics card that replaces the built-in computer and allows you to “see 4K content” as well as making the machine more suitable for play. This module is larger and is added to the bottom of the central module, letting you choose between NVIDIA or AMD cards.

Module audio, with which you add some stereo speakers and two digital microphones.

So yes, the base of the Acer Revo Build is very basic (and indeed grateful for those looking for a cheap and compact computer at the same time), but the customization options based extra modules are also quite powerful. In addition, place an extra module does not affect the system: no need to restart or do any extra operation, simply include or remove the module and the computer will handle everything.

The placement of these modules with magnets also is quite simple: maybe to be a square one can get confused when it comes to finding the right direction to couple good (reminds me of how we turn the classic USB cable until we can connect) but it does not represent too big a problem as you get used to see where those connections.

The force of the magnets is neither too strong nor too loose, so that not to do a lot of strength to pull the modules but there is no fear that any push or blow them out of your site.

Very fair and too many limitations Performance

As for the performance of Acer Revo Build, the model we tested is the most basic of all the specifications shown in the table above and still its initial performance has been quite good. The computer started quickly and adequately responds to the beginning of everyday applications like browsers. Responsible for that possible is, above all, the SSD hard drive that comes standard Build Revo.

The problem comes when the storage available on the SSD is only 32 GB: Windows 10 and occupies most of the space, to the point where I have not been able to install the PCMark program to test benchmarking until no I connected the disk module 1TB to work from there. 32 GB are very few GB, and you get limited by the amount of storage nothing brand new computer.

I also am obliged to mention the already too few 2 GB of RAM, although not seem to affect the overall system performance pose a problem to the minimum you want to install some applications seeking resources. And the 5400 RPM hard drives that lead expansion modules also leave much to be desired if they are to be used intensively.

Yes, it is very, very low at 5% of computers have brought worse results in this test. We insist: is not a computer that you can be asking too much, but still remember that its price is also very low.

The Acer Revo Build complies quite well with the input ports that integrates: 3 USB 3.0 ports are not bad (although two ports already dealing with the keyboard and mouse are included, I do not save ourselves using a hub), and the HDMI port along with the DisplayPort compliant surplus with the basic needs of someone who wants to connect a modern FullHD monitor or TV. Reader integrated SD cards are also appreciated.

Perhaps a Thunderbolt port would have been a good addition, but we cannot overtax a computer less than 200 dollars. What is surprising is that the Wi-Fi is AC, receiver or whether the Revo Build boasts withstand the next generation wireless networks.