Nvidia GTX 1080: Five keys and a doubt the most powerful graphics card

Players and fans of the most powerful PCs had marked 2016 on their agendas with a big red circle. It was time for the change of generation in the world’s most powerful graphics cards, which comes both on the Nvidia and AMD.

The first big-to – market has already occurred. It is called Nvidia GeForce 1080 GTX and it is an event in the world of graphics cards and the world of gaming. We tell you in five key and a big unknown why the arrival on the market of the new Nvidia 1080 GTX. 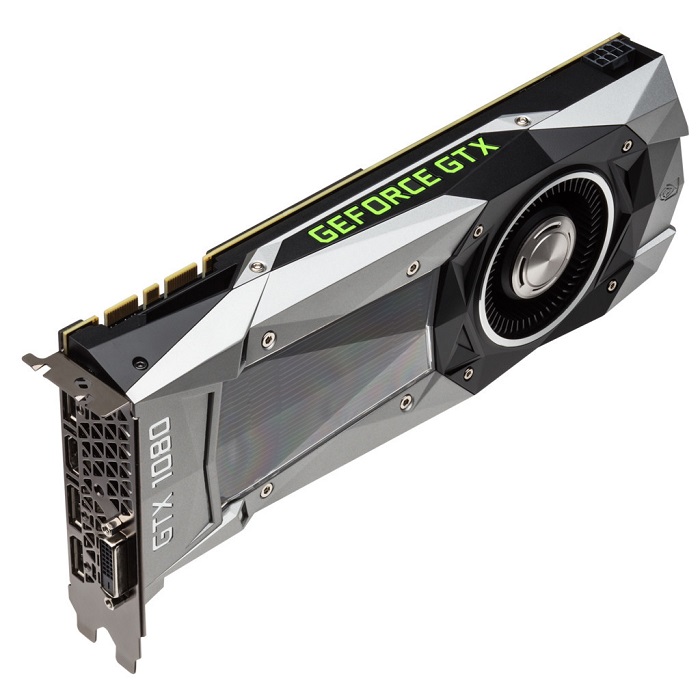 The most powerful graphics card currently

More powerful than Nvidia graphics more likely today (Titan X) and until two GTX 980 in SLI, It is the letter of the 1080 GTX, which offers 9 TFLOPS of raw power and 2560 CUDA cores.

Based speeds and clock overclocking possibilities are very prominent in this new card. It starts with 1607 Mhz speed of 1733 Mhz Boost mode and stable overclocking demos above 2100 MHz.

Consumption and temperature under control

It would not be as relevant data of the power of the new 1080 GTX if you do not accompany a not crazy consumption 180 W. Given that potentially doubles the GTX980, just consumes 15W more. And it is, according to Nvidia, three times more efficient than the Titan X which also exceeds performance.

A level of warming there is also comprehensive control. Both manufacturing materials as the cooling system based on a steam chamber allows overclocking mode above 2000 Mhz not exceed 70 degrees Celsius. The maximum temperature in the sheet is 94 degrees.

The most significant level of technology found in these 1080 GTX graphics is that the Pascal architecture debuts and with it comes 16 nm FinFET. In this particular model we speak of a transistor density of more than 7,000 million.

The memory used by this GTX 1080 gives a jump in speed “trick” to await the arrival of the future HBM2. Nvidia reference as GDDR5X, indicating that goes above 1.7x GDDR5 thanks to a 256 – bit bus capable of reaching a speed of 10 Gbps, with a theoretical maximum of 14 Gbps even less memory consumption without Your name X. bandwidth is 320 GB / s. The amount included in this graph is of 8 GB.

You may also like to read another article on Lab-Soft: This is what you should have in your notebook for high performance and so fulfills the Asus UX501

If after submission of the GTX 1080 you were worried about how they would try DirectX 12, the company has already clarified that have worked hard for the asynchronous computing a reality in Pascal and no performance problems, a disadvantage against AMD Nvidia dragging wearing.

Go beyond the VR

At this point it would be unthinkable to talk about a new generation of graphics cards without mentioning the virtual reality. And the 1080 GTX is prepared for it at a much higher level to current graphics. Even the company provides various improvements to level of development and software to get to go a step further.

One of the keys will be in the technology multiprojection simultaneously with the GPU work to correct perspectives in multiple display configurations (up to7680x4320 at 60 Hz) and will allow up to four projections eye when we talk about virtual reality for not losing quality.

If you’ve come this far surely you’re wondering if it’s time to think about buying the new Nvidia GTX 1080 in a few weeks when it goes on sale. For price and performance temptation is obvious, but do not forget two important factors: