Home Gadget Waiting for an action camera to record 4K and have screen? Check out the new Xiaomi

Waiting for an action camera to record 4K and have screen? Check out the new Xiaomi

Quite difficult to follow the pace of Xiaomi when presenting things sometimes go out early in their social networks, but does not have them available for purchase, and at the end we get a mess to try to collect information that allows us to know the product. That is the case of the new action camera house which has been renovated with a descriptive name: Yi 4K. It is easier to know the news from LG, today taught us that also come into play. 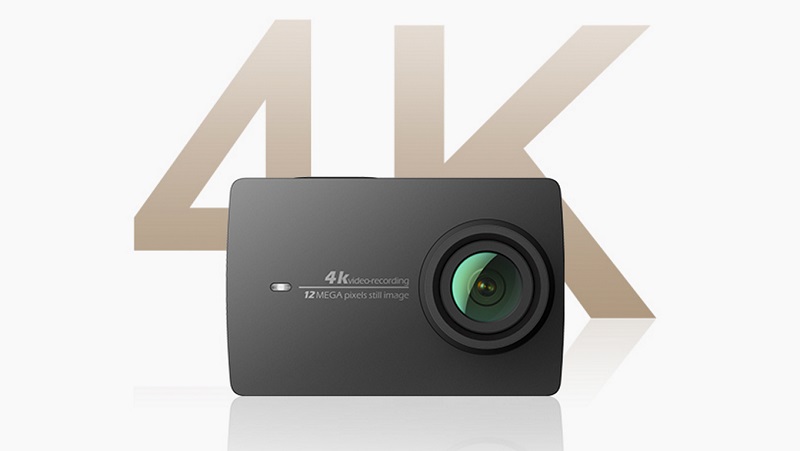 Yes, that is one of the main demands of the new camera, which now recording in 4K format, such as tougher market competition, mainly embodied in GoPro. But not the only added interest, 4K Yi now has a screen unusual in these action cameras at the back, with a size and features very interesting.

The price rises to another level, with logic

Additives are not free, and like Xiaomi’s happened to the latest phones, from Mi 4, prices are also somewhat higher. Compared to the previous model the new Yi is priced almost double, the change could be about 175 dollar. We are not in a position to assess their quality, but it is fair to say that a rival to record in 4K usually cost twice as much.

Very important to know that the sensor of 12 megapixels using is new, and is Sony. It is an IMX377 able to record the above 4K at a rate of 30 frames per second. Forget us not talk about optics, it consists of seven elements and a maximum aperture f / 2.8.

Following the recording modes, that it is possible to lose more rational 1080p, with the ability to raise the rate to 120 frames per second. If we want a more creative way based on the speed, we have to go down to 720p, and there we can use 240 frames per second.

You may also like to read another article on Lab-Soft: A camera in our eye? Sony wants to change the personal photography forever

To assimilate the higher quality recording you need more powerful hardware, which is again signed by Ambarella, namely A9SE75S chipset. It allows you to make edits in the camera for short videos of 30 seconds and we rise above the autonomy of the camera thanks to the battery 1.400mAh: two hours in 2K mode, 8 hours standby.

On the subsequent screen, say that is 2.19 inches and has Gorilla Glass protection. If we consider that its resolution is 640×480 pixels, we go to a really good pixel density: 330 ppi.

A camera will not go missing accessories – lenses, filters, stands, tripods – not colorful in your body: white, black and pink. It comes standard with protective casing water. For now only be sold in China, but you know that stores specializing in these products do not have too much trouble in bringing them. We’ll see the price at which they sell here.

We remind you that we look at the last year’s model, if you want to go doing you an idea of how serious the proposal Xiaomi in this field. They have been selling like hotcakes, mainly because of its relationship between quality and price, and are adjacent to other Chinese companies a headache for GoPro. Visit http://optimaspecialty.com/ for more tech reviews.