Dell has had a very productive CES 2017, it has renovated laptops, computers all in one, also convertible, but one of the fields where it is most powerful is in the monitors: its most striking product is the 8K 32 Inches.

But bullets were still being kept in the bedroom with two products that are not for the general public, but they attack a flourishing market: large screens with multi-touch support. The idea is to assemble with them teams to make presentations, also collaborative solutions – can be placed as a table – thanks to the recognition of up to 20 fingers.

At Microsoft this business is reporting very interesting revenues, it was a matter of time that the rest thought of similar solutions.

To start with this story have created two screens, a giant with 86 inches, and another more “normal” with 55 inches. In both cases the resolution is 4K. The screen is matte and has an anti-stain surface.

Dell takes advantage to incorporate proprietary technology like InGlass, which allows users to use natural writing on the screen, through a pointer (come two included in the package).

To some it will sound quite this proposal, and that is a basis of what can be achieved with the Surface Hub of Microsoft, which also screens also incorporates all the hardware part that can be considered as brain: processor, graphics, peripherals, etc. In this case the operating system is Windows 10. 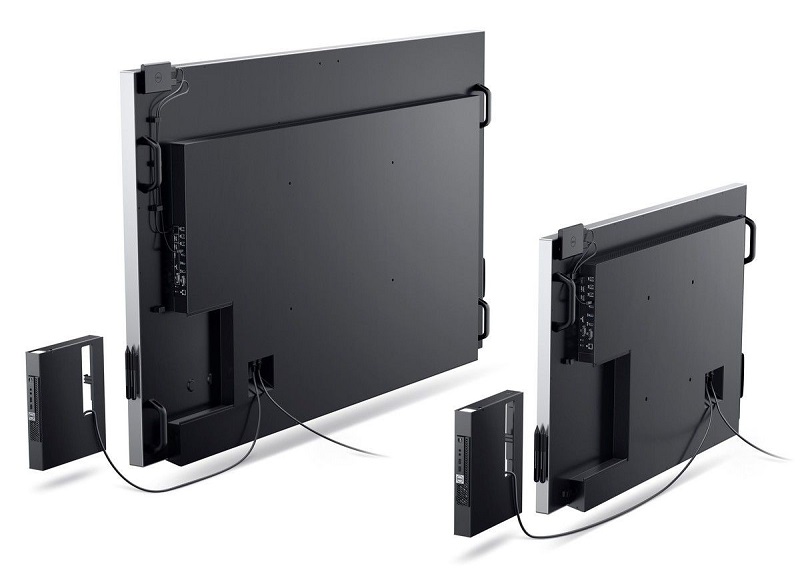 The connections? For multiple HDMI, VGA and USB 3.0 ports, plus a DisplayPort. There is a special addition, in option, that turns the computer into a product connected to the Internet, without need of WiFi, is called Dell Wireless Module and costs $200.

The screens have a high price, to not have a computer inside: the 55-inch model goes on sale March 30 for $5000, while for the largest will ask us $11000. Microsoft options double this price, with the same screen sizes.