Dell today announced the renewal of the devices in its Inspiron, XPS and Alienware ranges, with new laptops and desktop All-in-One computers. These have been accompanied by the new G-Series range, with which the company wants to place on the market gaming notebooks of ingerior range to the Alienware.

The main protagonist is the XPS 15 that is updated to the new Intel Core of six cores, like the new Alienware. But there is also room for a wide family of new All-in-One and a 2-in-1 laptop. Here you have all the new devices presented today. 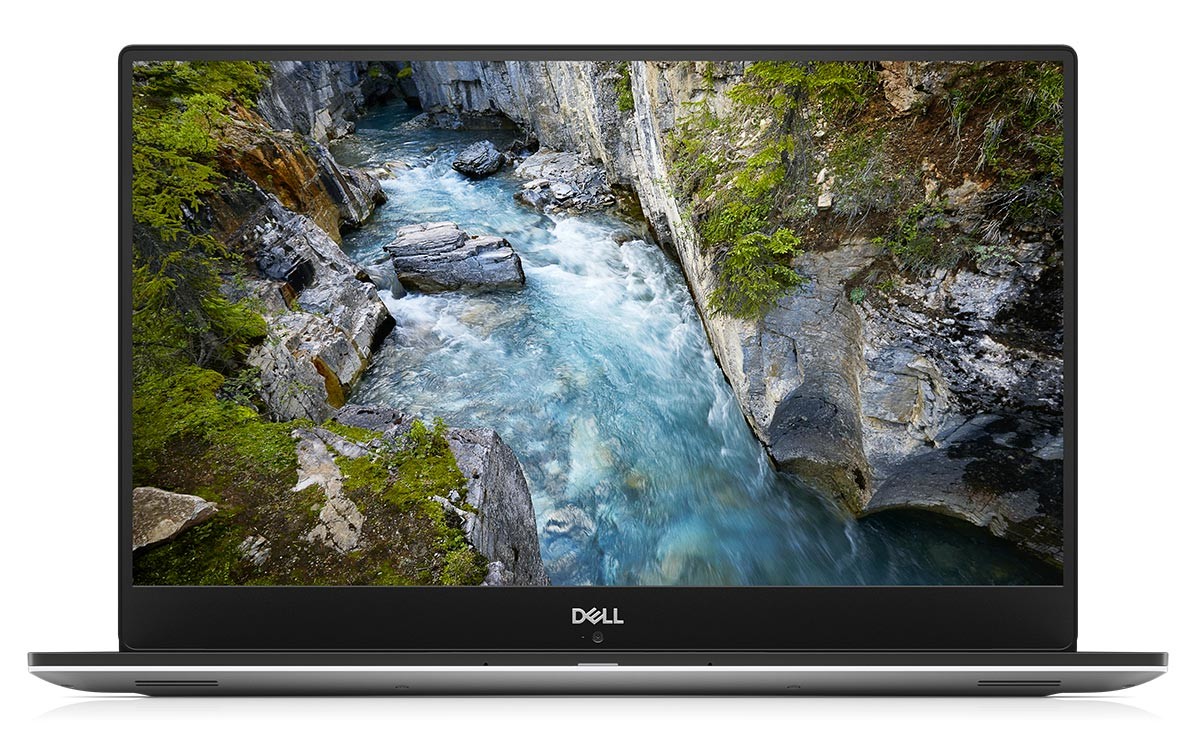 The flagship of this presentation has undoubtedly been the new XPS 15, which has been updated with the newly introduced latest generation of six-core Intel Core processors. You will be accompanied by different types of graphics cards, from a simple Intel UHD Graphics 620 of the basic configuration to a powerful NVIDIA GeForce GTX 1050Ti of 4GB GDDR5.

This laptop will have a 15.6-inch screen with virtually no more frames than the bottom, which is precisely where the webcam is placed. Its resolution can be FullHD or 4K UHD, with a contrast ratio of 1500: 1, brightness of 400 nits and a viewing angle of 178 degrees. Everything will be powered by a battery of up to 21 hours and a half of autonomy according to the manufacturer, but you have to try it to see how much it really stays.

It will also include a fingerprint sensor placed on the power button, with a Thunderbolt 3 connector to connect high resolution screens and two USB 3.1 first generation with PowerShare function. The laptop will begin to be able to book in the United States on April 16 with a price that starts at $ 999, although we will have to wait to see specific dates and prices internationally. 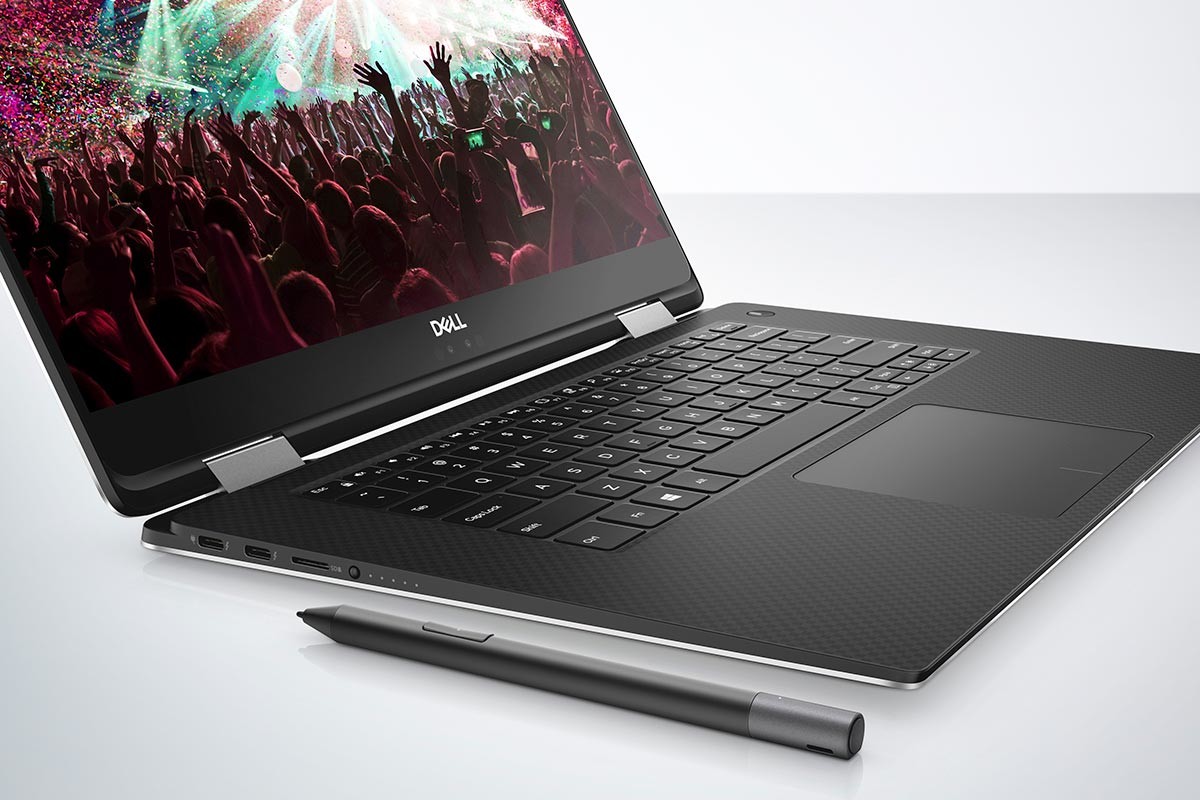 Dell has also taken the opportunity to present a new laptop two in one with reduced frames , and in which highlights especially its IPS screen with 4K UHD resolution, but there is also option to stay in FullHD. The Inspiron 15 7000 2-in-1 also features Intel Core i7-8550U processors of eighth generation and 16 GB of RAM, with the option of adding an Nvidia GeForce MX130 2GB GDDR5 graphics.

It is the Inspiron 15 7000 Special Edition 2-in-1, whose screen can be opened to fold behind the keyboard to stay as if it were a tablet. It also has a Dell Active Pen stylus that they say mimics the experience of a pen, as well as USB ports of type C and DisplayPort in the section of connections. 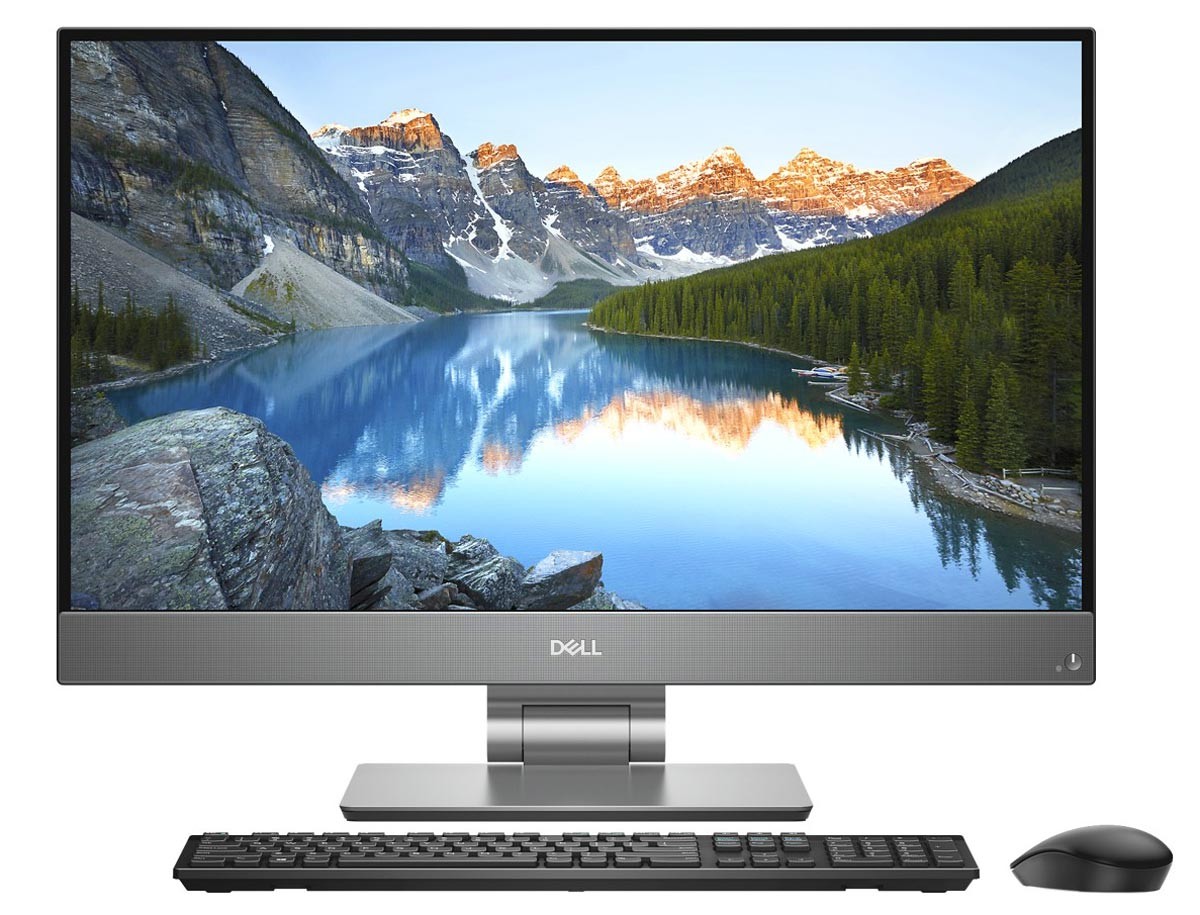 Dell is one of the few manufacturers that still take computers all in one seriously and have not thrown in the towel in front of Apple. Its new Inspiron repeats practically the same design as last year’s model, although the webcam has taken it to the top of the screen allowing it to be hidden when we are not using it to maximize our privacy.

This new range starts at the entry level with the Inspiron 22 and 24 3000 AIO, which are teams with IPS screens of 21.5 and 23.8 inches respectively, both with Full HD resolution at 1920 × 1080. They are accompanied by seventh generation Intel Core processors or AMD, a RAM configuration of up to 16 gigs DDR4, and the option of adding a discrete nVidia GeForce MX110 graphics. Its frames without frames can be touch, and in addition to Ethernet offers WiFi 802.11 AC.

Then we have its two flagship products. The first the Inspiron 24 5000 AIO, which includes a 23.8-inch FullHD screen with almost no frames, eighth-generation Intel Core processors and up to 32 GB of RAM. There is an option with nVidia GTX 1050 graphics, and also to add a double hard disk with a 1 TB HDD and a 256 GB SSD. The equipment includes 6 USB ports, a USB 3.1 type C, 3 USB 3.1 Gen 1, and 2 USB 2.0. In addition, there is an IR camera for facial unlocking of Windows Hello.

And finally we have the Inspiron 27 7000 AIO, which points to the top with a 27-inch InfinityEdge screen that has resolutions available up to 4K with HDR. It has eighth-generation Intel processors, up to 32 GB of RAM and the ability to add an nVidia GTX 1050 4GB GDDR5 graphics card. You will also have the option of having the same configuration of hard disks and connections as the 24 5000, as well as adding an IR camera for Windows Hello.

Dell has made all its All-in-One adapted to view multimedia content with a CinemaStream technology to prioritize streaming traffic to view content or make video conferences, and a CinemaSound to offer immersive sound. You will have to test them to see how much this pre-installed software marks the differences.

On these teams there is an important mystery that has not yet been revealed. In the previous generation the Inspiron 27 allowed to change almost all internal components except the graph with a facility similar to that of the tower computers, so we will have to wait to see if this feature is still maintained in these. 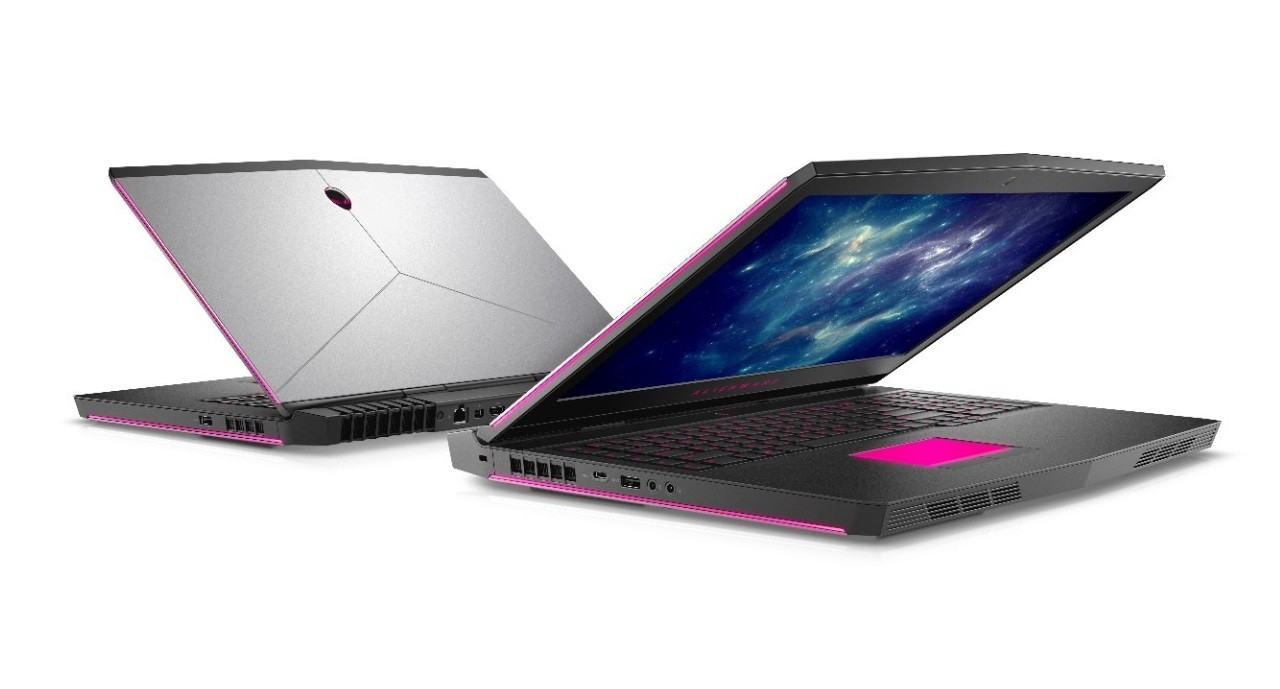 The American manufacturer has also made a hole for gaming laptops, presenting the latest news from their Alienware and a new Dell G-Series. The idea that emerges from these laptops is that Alienware will continue to treat high-end gaming equipment, while the G series will be more focused on mid-range gaming.

On the one hand we have the renewal of the Alienware 15 and 17 with the new Coffee Lake processors from Intel, the same ones that have gotten into the new XPS 15. With this we can equip the Alienware 15 and 17 with an Intel Core i7-8750HQ, but also with the six-core i9-8950HK. The rest of the features are like the current generation, with graphs that go from the Nvidia GeForce GTX 1060 of 6 GB to the GTX 1080 or the Radeon RX 570 of 8 GB.

The new Alienware 15 and 17 immediately go on sale in the United States for prices starting at 1,249 and 1,299 dollars respectively, although we will have to wait for new information to see the dates and prices of their launches internationally.