The market for devices Android is complicated to understand, few make much money with him, and quite changeable depending on the region where we are. In the United States, it is producing an explosion in the sale of free devices, mainly fueled by affordable brands that are in sales channels very hands of the people.

There are companies with world – renowned historical and think they are doing with their phones August, but in this world not always the thing works as it seems, and small local brands and know how to move better than large ones. A good example is BLU Products, not to get market share in the United States. 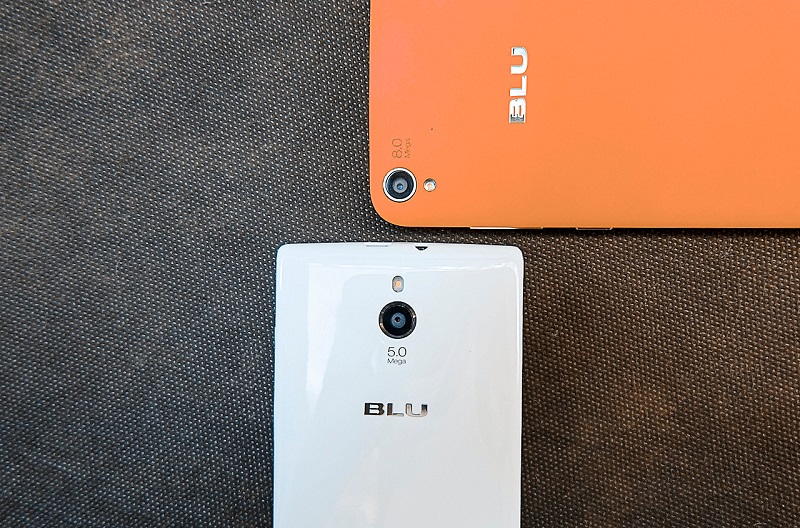 Designed in Miami, made in China

Founded in 2009, it was presented strongly in 2011 as a company of Latin American entrepreneurs. No, his name has little to do with the color blue; really it corresponds to a phrase or slogan that the brand has always wanted to deploy: “Bold Like Us“.

It does not seem easy for entrepreneurs work, but time has proved them right, pulling affordable phones made ​​in China, which put some degree of customization. A phenomenon that can be replicated in the rest of the world, without going any further here is bq.

Despite playing with different operating systems, what works you BLU is Android, concocting solutions with a very good price / performance ratio. Although they are improving, there is no interest to grow in upper ranges, there is complicated survive even the strongest brands.

From our position is difficult to explain in detail their success, but is indivisible with the growth of free phones in the United States, which have grown by 140% during 2015. Motorola, Apple and BLU is great beneficiaries of this situation.

Sales channels are the other point to master, and BLU has managed very well move both Amazon and style stores BestBuy – as MediaMarket – which is where most consumer electronics sold in the North American country.

You may also like to read another article on Lab-Soft: Advances and rumors on the iPhone 7 and 7 Plus

They are based in Doral, Miami, but they are aware that to be something else must go for other markets. His most important action seems to be in Latin America, Caribbean, also in Brazil, where even made to enter the market without having to pay huge taxes to offer their products there.

Blu’s main competitors are not the marks that we all come to mind are those Chinese brands are starting to see that they have enough with their country and start working how to be interesting for the global audience.

The company was founded by Brazilian Samuel Ohev-Zion, the CEO of Blu, and can be proud of a company to grow at a rate of 100% annually for five seasons.

Before mounting the company, she worked on distribution channels of mobile devices in the Miami area, which has served to know very well, how the market works.

Most importantly, regardless of sales, it is that has managed to get a good brand image where it sells, and that’s always difficult for smaller companies with less advertising power or leeway to companies that manufacture.

The ‘flagship’ begins to attract attention in a powerful midrange

We will not teach here dozens of phones that have been created in the last five years, but we can explain some major ranges that make up the offer.

There are from mobile Android to Windows Phone, through the simple feature phones. In the first category there are families and terminals bore: start with the simplest Dash, even the most powerful Pure, through its strong, the middle range as Studio, Live or Life.

Reviewing some catalog is easy to see phones with hardware MediaTek, which allows them to adjust prices enough, is also the option repeated Dual SIM, and may even find some phone screens AMOLED. Some striking examples with good scores in analysis: