A little more than a month ago we analyzed the new generation of My Passport external hard drives, which continue to use the traditional mechanical hard drive with the advantage of offering up to 4TB of space in a pocket size. But what about SSDs? Do not have WD, one of the best-known storage brands, your own solutions in this new format?

Yes, and they have been baptized as My Passport SSD. They are the first step, the first generation of these solid state drives designed for the general public, and therefore have to define the future of the brand against other powerful proposals such as the Samsung T3. Let’s see in detail how they do it… 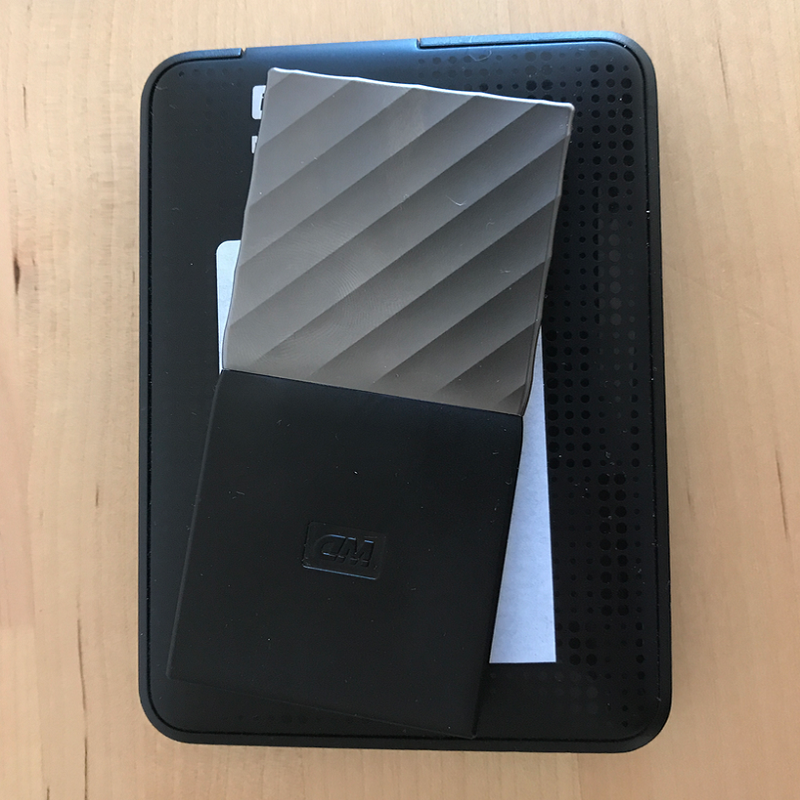 Thanks to the SSD chips, this is an external disk that does not look like an external disk. Its measures, 1 x 9 x 4.5 centimeters, make it look more like a pack of chewing gum than a disk. But more than its size (after all there are USB thumb drives smaller), what is surprising is its weight. The My Passport SSD is extremely lightweight, 51 grams, so if you put it in your pocket you’re just going to notice that you’re wearing nothing.

The material with which the My Passport SSD is manufactured is a plastic in two finishes, smooth black and a metallic “scratched” that already forms the identity of the brand in its storage devices. With the little weight that has the sensation to take it is of fragility, to have a toy in the hands. But WD has already made sure that we get out of the way guaranteeing resistance to falls of up to 2 meters .

There is no button on the disk, so we depend on your connection to activate or deactivate. And because of its dimensions and the thickness of the cable, the disc will never remain flat on a surface. He will always be inclined.

And as we speak of connection: this WD My Passport SSD uses USB-C , specifically one that supports USB 3.1 speeds from second generation to 10 Gbps. It is compatible with this generation and the first, which supports speeds up to 5 Gbps. And for those who have not yet jumped to this new interface, the disc includes an adapter to work with a USB-A 3.0 connection. Which in turn, of course, is compatible with USB 2.0 ports at 480 Mbps. It does not take advantage of the speed of the SSD disk, but compatibility with all computers is ensured. 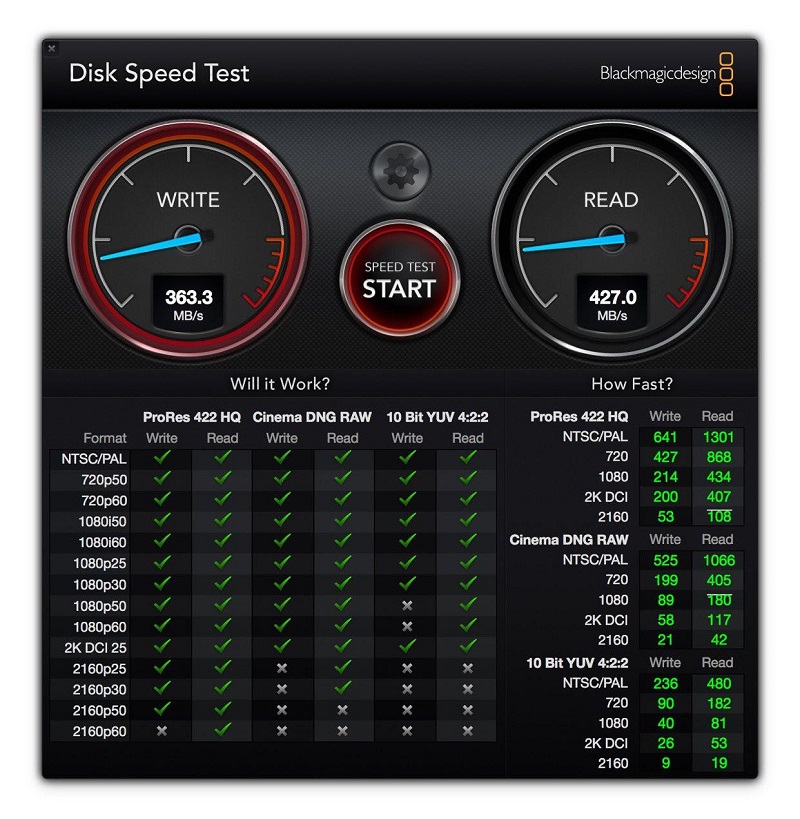 Being an SSD, the My Passport SSD should be faster than your mechanical brothers, right? Well, it’s time to check it out. WD promises us nothing less than speeds of 515 MB / s, so we made our own tests using a next-generation MacBook Pro and USB-C 3.1 second-generation connection.

But this data was taken from a connection capable of giving 10 Gb / s, about 1.25 GB per second at most. What happens when we do the same speed test by placing the adapter to USB-A, which gives a maximum speed of 5 Gbps / 0.62 GB per second? 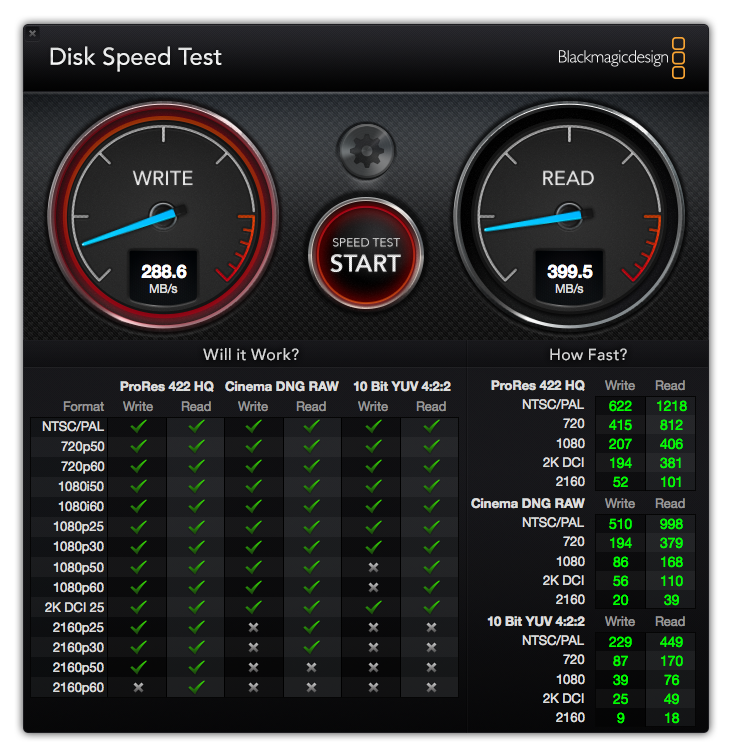 288 MB / s to write data and 400 MB / s to read. Okay, the speeds go down a bit, but it’s not a disaster either. Copying a macOS library of about 8 GB capacity, containing hundreds of thousands of files of few MB and KB.

One last point that is worth noting is that the disc gets very hot when we work with it, although not excessively. We may have to watch him when we give him intensive use.

Software: No useful change at sight 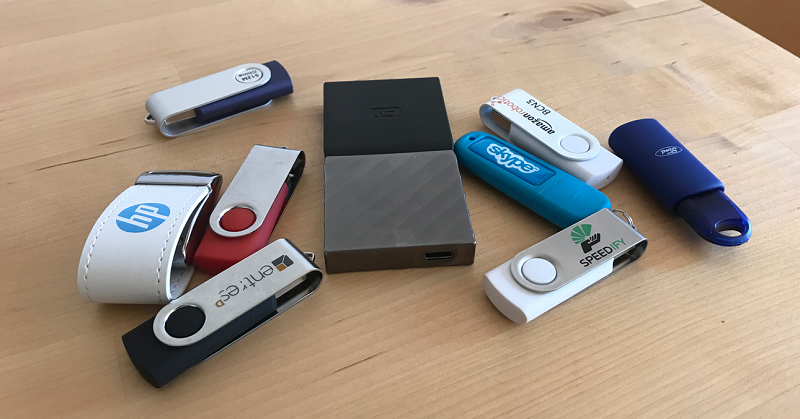 As we said with the review of My Passport, the software offered by WD in their discs does not contribute much that we say. Security with 256-bit AES encryption, backups … operating systems are already fully capable of meeting the needs of the disk.

The only change is WD Discovery (in the image above), an application that stays in the task bar of our system and that proposes us to download those utilities along with suggestions from other developers. They are suggestions of applications that will have agreed economically to be there, and that again give no noticeable benefit. Also, it does not make much sense to permanently have in our system a list of programs that we could install.

Fortunately we can choose not to install any of this, and use the WD My Passport just like any other external disk. The optional software offered is simply that, optional.