Very powerful presentation of Acer this morning in which he has presented several teams in different ranges. For starters we have met the new family of notebooks Acer Swift, consisting of 4 different variants that can reach different market segments.

These computers are not portable to use with touch screens, and especially stand out for an ultra – thin design, integration of Intel Core processors seventh generation and especially striking details such as sensors integrated into the touchpad fingerprint. 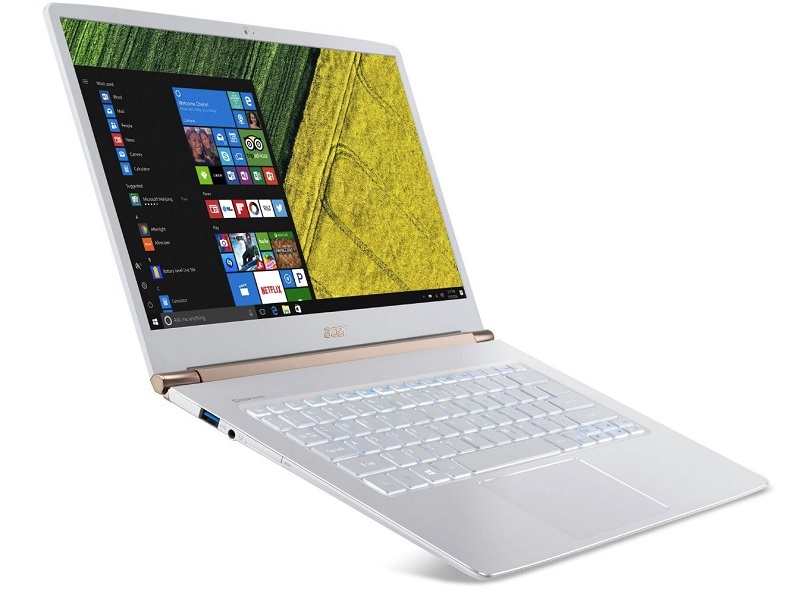 We started with the Acer Swift 1, which have 14 – inch screen with a resolution of 1,366 x 768 pixels, Intel Pentium or Celeron processors of the current generation, 4GB of RAM and up to 128GB of storage capacity. Its thickness is 17.9 mm and weight of 1.6 kg, and have up to 12 hours of battery life.

The next model is the Acer Swift 3 , which increases the resolution of your screen 14 – inch 1,920 x 1,080 pixels and above all have Intel processors that can be both sixth (Skylake) and seventh generation (Kaby Lake) . They can reach 8 GB of RAM and 512 GB of storage capacity, and the chassis is slightly thinner (17.95 mm) and somewhat lighter with its 1.5 kg. The battery also has an estimated 12 hours and has an interesting feature autonomy: A fingerprint reader to the right of the touchpad.

You may also like to read another article on Lab-Soft: AMD Zen: High-performance processors who want to stand up to Intel

The Acer Swift 5 is the next step of this family, and ups the ante from the previous variant: maintains the 14 – inch screen with 1080p resolution but offers Intel Core processors 7th generation as the only option, up to 8 GB of RAM and up 512 GB capacity SSD. The chassis is also thinner (14.58 mm) and thinner (1.36 kg) and size are especially contained by these ultrathin screen frames that make it look a team of 13 inches and not 14. Another novelty surprising: the fingerprint reader is also present, but is integrated touchpad.

Finally there are the Acer Swift in July, the most ambitious teams in the new family. These teams have a 13.3 – inch screen and 1080p resolution, Intel Core i5 processors 7th generation (or i3 or i7), 8GB of RAM, 256GB SSD and in its particularly attractive design with enviable dimensions: less than a centimeter thick (9.98 mm) and 1.12 kg. That involves less of autonomy (9 hours according to the manufacturer) and the presence of that also the touchpad sensor footprint.