Home Smartphone Review OnePlus 6, a new assault on the high-end with Notch and top-level specifications

OnePlus 6, a new assault on the high-end with Notch and top-level specifications

OnePlus has just presented its new smartphone for this year. It is the OnePlus 6, with which the Chinese manufacturer will try to offer users the best specifications at a price as content as possible. This year also comes with the extra morbid to have added to the tendency to add a “notch” in the front of the screen.

This means that we will find hardware specifications that will remind us of those of other high-end competitors, such as a Snapdragon 845 processor and configurations of 6 and 8 GB of RAM. Here you have all the data of the new phone. 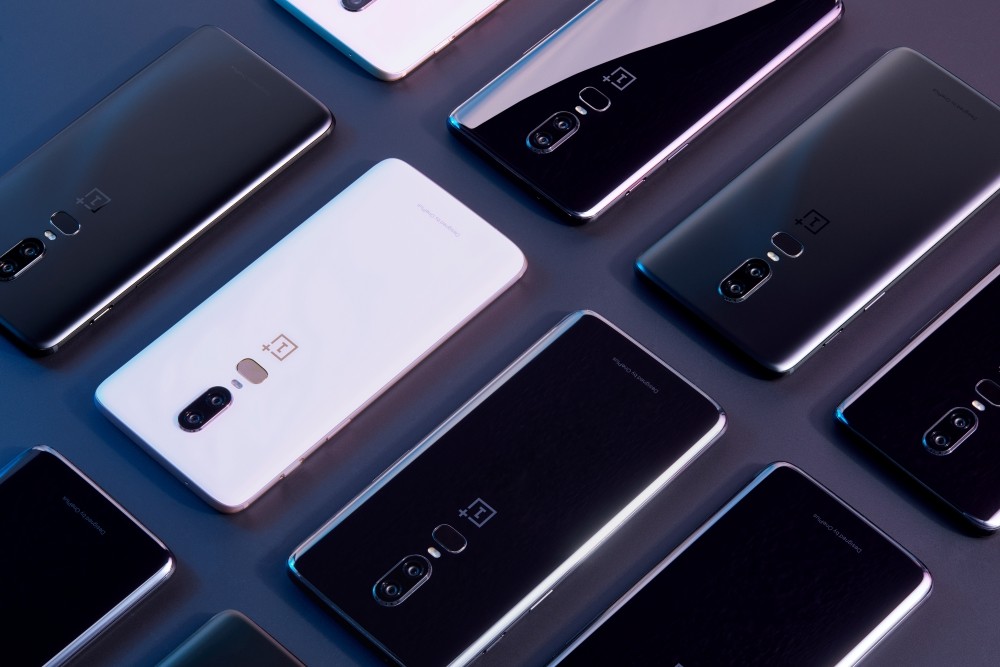 As you can see in the data sheet, OnePlus seems to have left behind its initial philosophy of not being satisfied and has opted for continuity in many aspects. But there are important changes as in the processor, which have bet on the same Snapdragon 845 that we can see in most of the flagship market.

This processor should give you the necessary power to move without problems any application that is put ahead, all with lower consumption than its predecessors. Even so, to see how they have implemented it, we will have to wait for a few days for the analysis.

In the memory configurations we find possibilities of 6 and 8 gigs of RAM that will fulfill without problem with any type of multitasking. It comes with configurations of 64, 128 and 256 gigs of storage with which to adapt to the needs of different types of users.

As for the screen, OnePlus has grown it up to 6.28 inches compared to the 5T and its 6.01. It is still AMOLED, with a ratio that is now 19:9, and a bet on a front where we have practically no frames. The resolution is a FHD + of 2280×1080 pixels, and everything is protected with Gorilla Glass 5. All in all, they have managed to make the mobile have dimensions almost identical to its predecessor despite a larger screen.

A design with crystal as the main protagonist 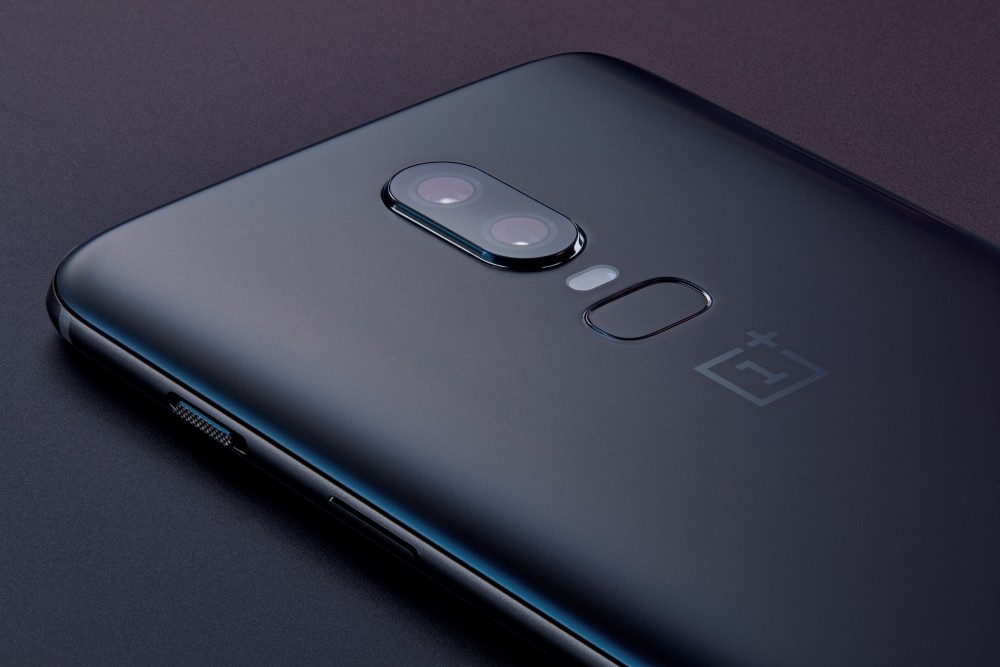 Another of the big headlines that this new model from the Chinese manufacturer leaves us is that the OnePlus 6 abandons the metal finish of its predecessors. Instead, it will have a glass finish protected with Corning Gorilla Glass 5. This gives it an elegant and uniform appearance, which is topped with metal frames like those that can be expected in any device of higher ranges.

This is the positive and striking part of using glass, but the negative is that we will have a more sensitive mobile that we leave unintentionally marked our traces everywhere, and especially less resistant to falls. And everything so that in the end OnePlus does not put wireless charging, which is usually one of the main arguments to abandon the metallic designs.

Taking into account that all manufacturers are trying to maximize their color range, it is surprising that the OnePlus 6 uses only three colors . On the one hand we have the Mirar Black, a black with a brilliant color, a Midnight Black with matt black, and a Silk White that imitates the white of the silk.

With the intention of achieving a front in which almost everything is screen, OnePlus has joined the trend of using a notch or front eyebrow to place the camera there . Here certainly there will be division of opinions between lovers of this resource and those who prefer a small top frame that gives a more uniform appearance to the design. 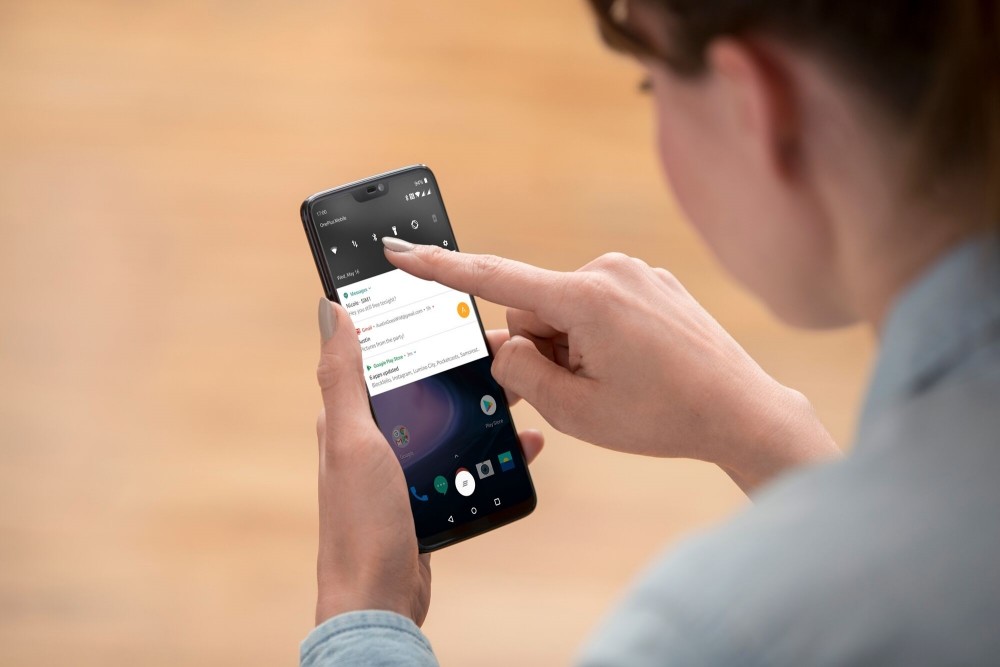 As for the back, the camera will be located in the upper center area of ​​the device instead of a side as in the previous model. Just below it, but separated from its frame, we find the fingerprint sensor. Between them is the dual LED flash acting as a separator.

In the metal frames we will find the volume buttons on the one hand, and with the power button and Alert Slider on the other. In the lower part will be the USB 2.0 charging port type C, and next to it the 3.5 mm headphone jack.

This last aspect is striking. Not only because more and more manufacturers are betting to leave these physical connectors for headphones, but because OnePlus continues with it despite finishing launching Bullets Wireless, their first wireless headphones during the same presentation event.

Keep betting on your own version of Android 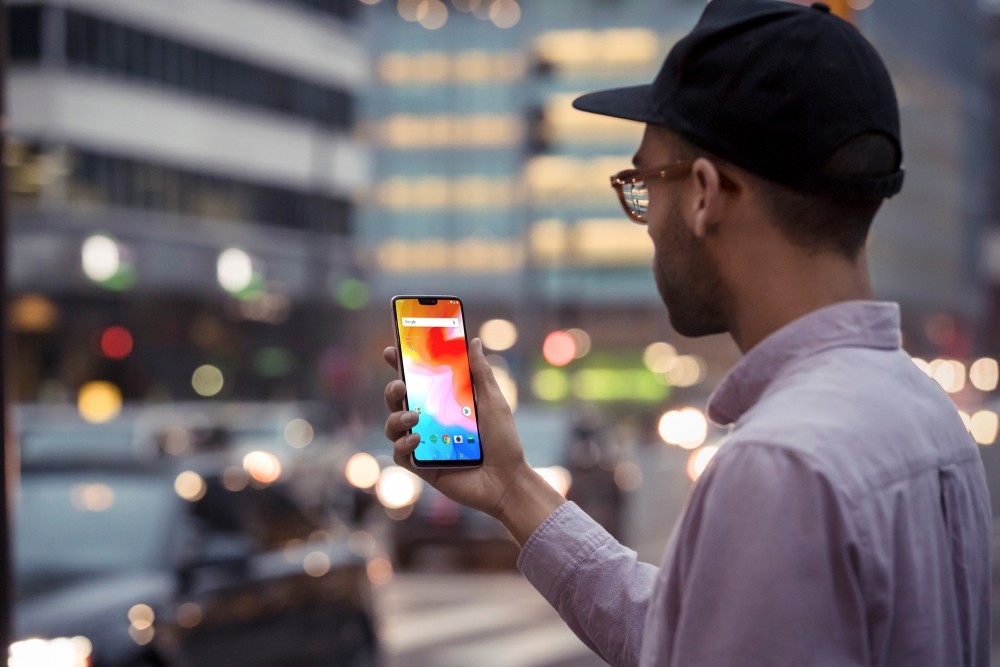 OnePlus has been betting for a while on its own cooked version of Android. This is OxygenOS, which differs from other layers of customization by trying to maintain the appearance and experience of pure Android, but also adding a few extra features.

Among the innovations of version 5.1 of OxygenOS, which is based on Android 8.1 Oreo, we find a launcher for applications to run faster. There is also a “Gaming Mode” in which the resources are prioritized so that the games go much faster and, as they have explained, this does not suppose you a disadvantage in online games. It will have to be tested to see what differences it can make. 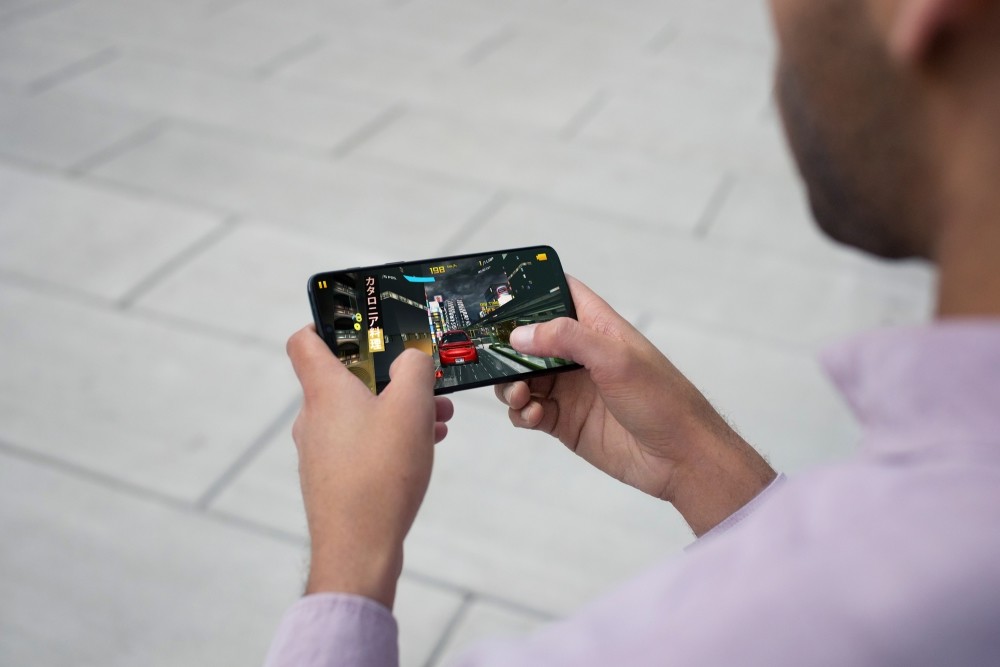 All this with several hundred optimizations with which OnePlus promises us the most durable mobile possible, and with a system that stays fluid with the passage of the months, or at least that promise. If they succeed, it will continue to be somewhat important, especially since a classic complaint of smartphone users of any brand is that their phones slow down over time.

For the rest, OnePlus will keep repeating some of the classic features of its operating system. For example, we can configure custom gestures to run different applications or perform actions, which is one of the great personal features of this system. In addition, as biometric unlocking systems we will have fingerprints and facial recognition. 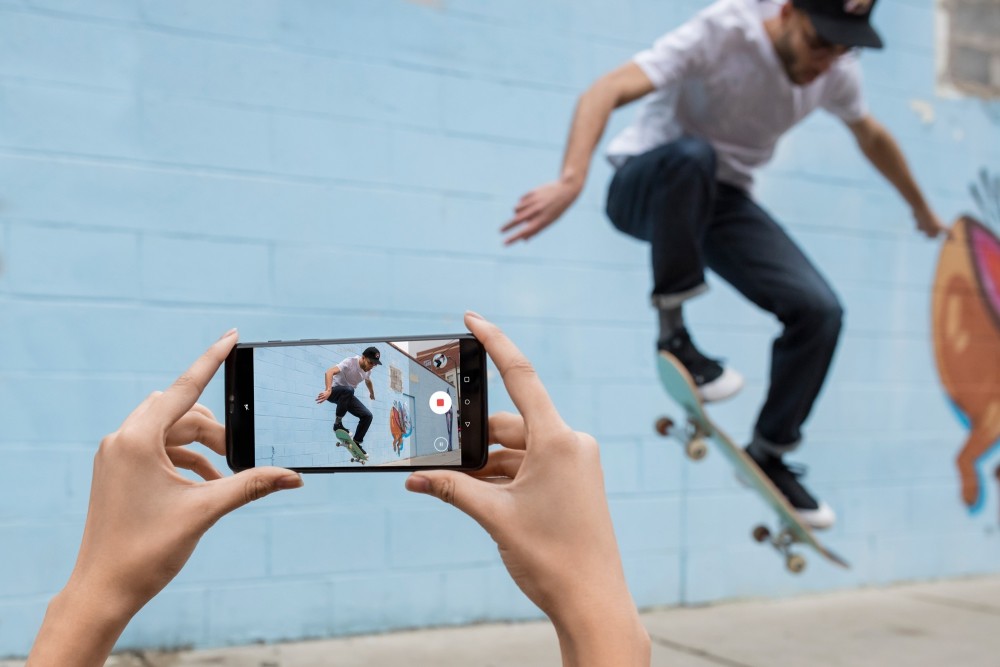 In its photographic section, the OnePlus 6 repeats a configuration very similar to that of the OnePlus 5T. On the front for example, we meet again with the same Sony IMX371 sensor of 16 megapixels and opening f / 2.0 of the previous model. We will have to test it to see how much the software will improve the quality of the photos taken with it.

In the back will bet on two sensors of 16 and 20 megapixels, which like the OnePlus 5T have openings of f / 1.7 and the same pixel sizes of 1.22μm and 1.0μm. The secondary sensor is the same as the model of last year, but the main one is a SONY IMX519 instead of an IMX398 with optical stabilization, so on paper there should be differences.

However, the camera also has three important novelties. The first of these is optical stabilization, which will help the photos to go better when you take them out on the move or if you are one of those who do not have a very good pulse. 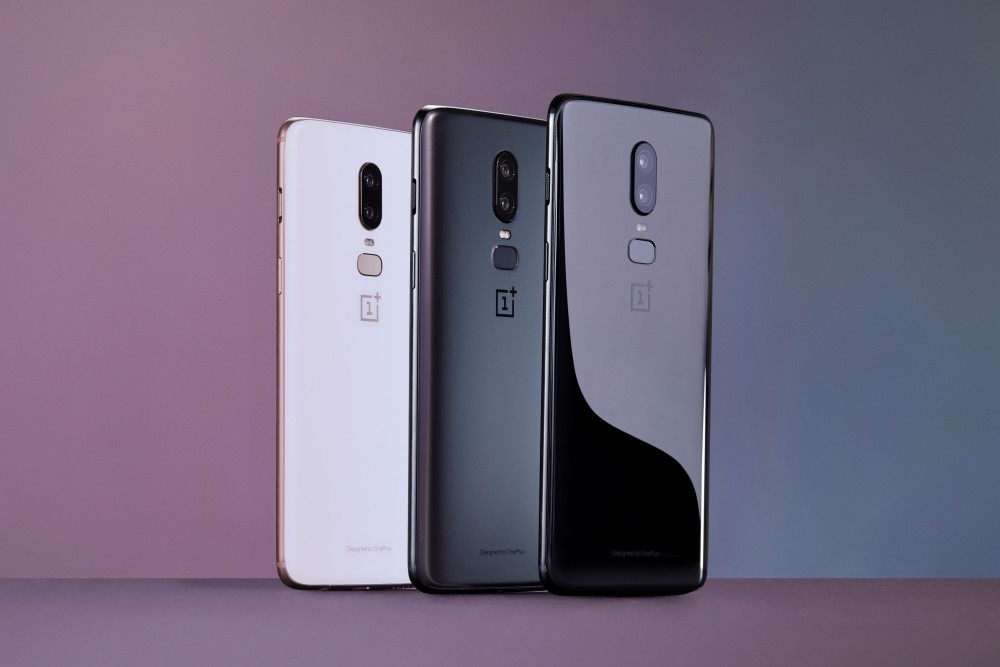 Then we have a new portrait mode, which OnePlus has said will show the results almost instantaneously when taking the picture. You can do it in the back camera, where the secondary sensor helps measure the depth for the bokeh effect, although the company has ensured that in a future update it can also be used in the front camera.

And finally there is the new slow motion feature. This will have a speed of 240 fps when recorded at 1080p resolution, and will rise to 480 frames per second with 720p resolution. Also, they have said that at 480 fps you can make a recording of up to one minute and then choose where to apply that slow motion.