Intel is clear: PCIe SSDs in the short term, and Optane medium-term

The evolution of storage systems is being prodigious. We seemed anchored in heavy hard drives that failed to improve performance except slowly, and suddenly came the SSDs that took advantage of the SATA interface. Things have continued to make progress, and today the SATA interface is more than ever doldrums.

Intel is one of the proposed leave soon. In fact your bet is clear: the technical limitations of SATA (up to 600 Mbps) standard have been surpassed thanks to the emergence of other interfaces such as PCIe, M.2 or U.2, but careful because Intel has an ace in the sleeve for the future: technology Optane, better known as 3D XPoint. 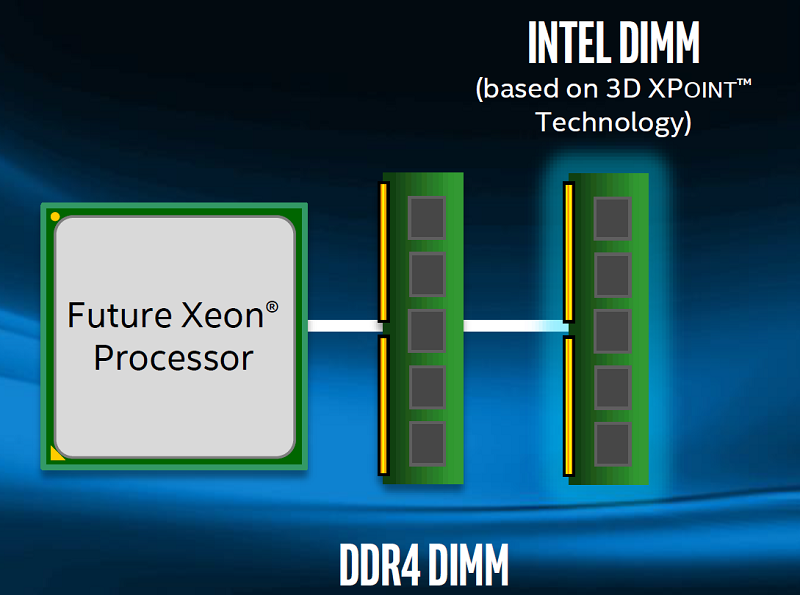 Intel awarded makers little makes an interview with PCWorld in which could explain these bets for the future in the field of storage. Apart from the announced conventional hard drives per GB death -the prices are almost equivalent – Intel believes that many users consider more speed priority than capacity.

Bill Leszinske, responsible for the division of products based on non – volatile memory – and SSDs fall into that category- was clear that the migration to PCIe units would be much more evident at the end of 2017. In fact this is a transition that large companies they have taken into account to improve the performance of their data centers critically.

But the interesting thing is what comes next. And that will be neither more nor less in the case of Intel, of course- that Optane or XPoint 3D, a technology that basically allows us to achieve transfer rates 1,000 times higher than today. To give you an idea, it is something like if we could use RAM as a hard disk.

That idea is not new, of course. My old Amiga 500 did in the late 80 well, while you had on the computer, of course- but that concept is not forged on other platforms until now, when it seems that this idea has been taken up by the advantages of the technology current NAND.

You may also like to read another article on Lab-Soft: Intel fixes bugs in the processors Skylake

Optane is just an adaptation of that idea. It’s like we get persistent RAM modules, which in fact other projects as NVDIMMs memories are trying to do. However Intel believes that this solution, although it may be useful for certain workloads, is not elegant, combining NAND DRAM modules with modules that also have to be backed up by a battery.

In the case of Optane the approach to the problem is different: the idea is to use slots DDR4 modified, something that Intel have managed to do a lot of work -based. Among other things they had to modify the electrical interface of these slots, in addition to the controller, the memory module or even the instruction set to ensure that indeed this were persistent memory and the data stored in it will not disappear after turning off the computer.

It is unclear when those solutions will come, but when they do, if as it seems they do, we face another of those developments that will make us remember our current SSDs and think of them as when we now think of those drives 3.5”. What times, right? That’s it.