How to connect a smartphone and tablet to a TV

The mobile phones have become powerful media center capable of playing multiple formats of image and sound, surf the Internet and access to countless leisure services online. However, their small screens make it difficult to enjoy these audiovisual content with the highest quality, hence it interesting that often connect to other more inches.

Is it very difficult to see the contents of the smartphone on a large format TV? Nope. Fortunately, technology has greatly simplified this task in recent years, giving us multiple options, both wired and wireless that help us share content on a TV, be it SmartTV or conventional.

The most direct option: HDMI cable

The easiest and most straightforward option is to connect the phone through a cable to one of the HDMI ports on your TV. But how do I do if my smartphone does not have an HDMI jack? Quiet that is standard in the world. Although some tablets do come with such serial outputs (in mini or micro format) on mobile not usual. 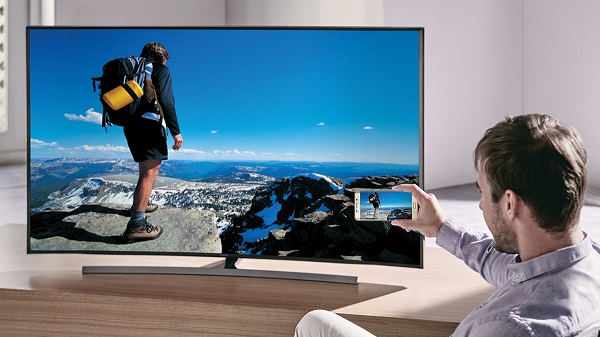 However, often it is given the option to purchase some type of external adapter, but as usual (for example in the case of Apple Lightning to pass to HDMI) on mobile in recent years is that they have a compatible port to the standard MHL, or what is the same, with the Mobile High-definition Link.

It is a connection type emerged in 2010 that can transmit 1080p video quality uncompressed (192 kHz sound and 7.1) from phones and tablets to screens and video equipment (e.g. projectors) larger using only 5 pins. The MHL connection can recharge mobile connected providing 5 volts and 500 mAh while transmitting video and audio is done and use the TV remote to control phone functions.

As we see, it is the most direct option. Just plug the cable into the mobile and on TV (at a port supports MHL) and as much activate the external display in the terminal also select the video input that matches on the TV if it is not automatically activated. It is important to ensure that the mobile supports and especially choosing a quality cable to avoid interference problems and subsequent cuts in the picture or sound.

What is the downside of this form of connection? Well, when using a cable we are limited to its length and probably have to go getting up from the couch to do anything with the phone.

The next great option for mobile large screen passes to use any of the wireless standards is available on the market and implemented in both the phones and televisions and other home entertainment equipment. The most widely used and three are DLNA, Airplay miracast and each with its peculiarities, advantages and disadvantages.

The acronym DLNA is an abbreviation for Digital Living Network Alliance, a standard to which more than 250 technology companies whose mission is to share are subscribed online content from any device, regardless of brand or model. Compatible equipment can be of any kind, including routers, TVs, hard drives, mobile phones, computers, etc., but need to be connected to a local network via WiFi or Ethernet.

In general there are three basic types of equipment with different roles within a DLNA network: a server in which to house the media (a hard disk network, a computer or mobile itself etc.), a DVD that will play the contents (in our case the phone) and a renderer (a screen or stereo). Being all of them within the same network, the detection should be automatic (or almost) and you just have to sever the terminal device why we play the video file or sound.

DLNA is fine to play videos on TV and mobile music listening on a stereo or a sound bar equipment. However, if we want to display the entire desktop phone on the big screen, as it is seen in our mobile, then the recommended option through the miracast standard.

Miracast is a protocol that allows sending via a WiFi Direct link mobile screen in real time to a time compatible TV or monitor. It came with Android 4.2 and need to operate mobile or tablet that offers this possibility and have TV and WiFi compatible.

It allows content wirelessly transmit audio and video quality up to full HD and 5.1 audio to a compatible TV or projector that will serve our screen mobile cloned .Although the generic name is miracast technology, companies often disguise it under other names such as Samsung and AllShare Cast. 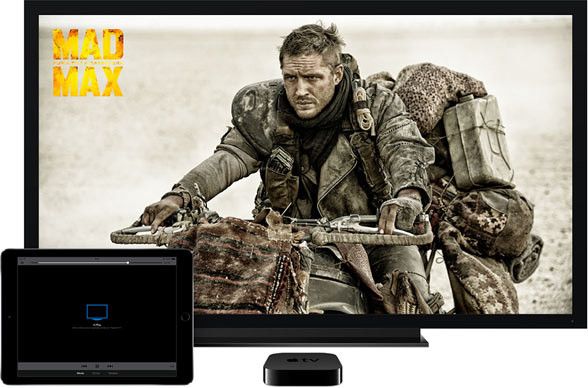 While technologies such as DLNA had some time on the market, in 2010 Apple surprised launching its own version of a similar protocol that was used to do almost the same but it would be incompatible with the rest. He was baptized as AirPlay and came from the hand of iOS 4.2 operating system.

AirPlay lets you send from your phone any media you have stored, both music and videos. In addition, also information on what is sent are playing: song titles, artists, albums, time elapsed and remaining, etc. The problem is that it is a standard that has been well received among TV manufacturers (yes among some sound equipment), so we need to take advantage of having some extra device intermediary that makes us, as discussed in the below.

The new models of smart TVs usually come standard with one or more of the previously mentioned standards, selecting from the mobile the option to share the screen or the contents without having to do much more.

However, if we have a somewhat older TV and want to share content wirelessly probably we need us with an external player acting as an intermediary. In the market we can find a multitude of devices designed for this purpose, each with its advantages and disadvantages. Some of the most popular are the following:

Chromecast: The most popular device Google has recently reached Version 2offers a new design, a new more powerful processor and a set of three antennas for WiFi Dual Band AC. Allows mirroring screen live from Android compatible terminals can enjoy games and applications on the phone on the big screen.

Moreover, in one of his last updates it has been added AllCast function to the iTunes store, which is also possible to transmit up to Chromecast content stored on an iPhone and iPad, as well as share files from services like Dropbox and Google Drive. 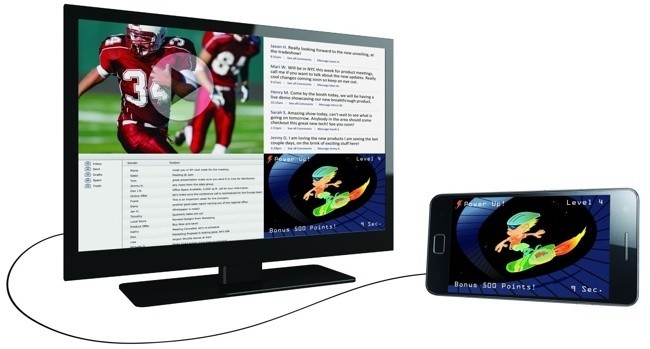 Apple TV: Indispensable for getting the most out of our iOS tablet or mobile phone when connecting to the TV either playing loose contents or watching large-screen desktop. The latest version makes a content search in all available services (iTunes, HBO, Showtime, Hulu …) and we present them wherever appropriate. If we live in the Apple universe, it is a device that must be present in the classroom.

Amazon Fire TV: Compatible with signs of 4K video and designed to take gaming to the TV, if you have a terminal Android 4.2 or above, we can see the screen directly on TV by miracast.

Roku: Another interesting set-top box which in its latest version introduces AC WiFi connectivity and ability to view videos and make 4K screen mirroring on Android and Windows phones.

Sticks and other HDMI devices: In the last two years have also proliferated HDMI sticks designed to help connect the mobile with large format TV lounge. They are usually cheaper than set-top boxes, but also have less power and more limited options. However, they are a good option to provide DLNA functionality and miracast to a TV that has become obsolete.

Any particular device? As there are many, as many brands are implementing this type of functionality on their computers. For example we have from sticks as miracast Video Adapter Belkin, the Lenovo Cast, there is even Blu-ray that we provide this function.

Here in Lab-Soft we recommend you to read also: Save attachments in Gmail Google Drive automatically

An almost endless sea of ​​applications

We have seen the most common options for mobile content in our beloved TV. However, we lack a little detail to call it quits working: except in some specific cases of the same brand teams, we need to install some software in the phone that allows us to control the process. 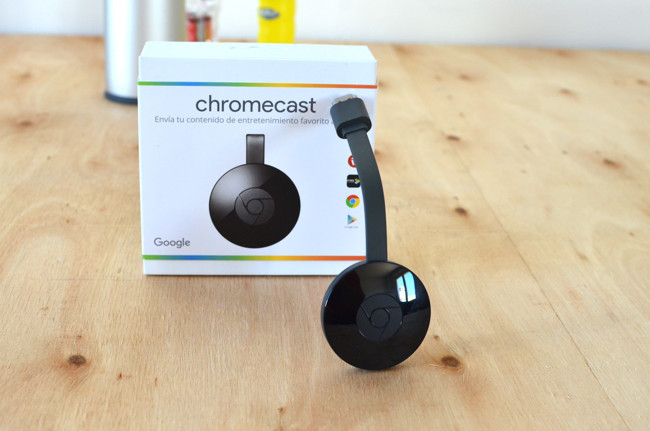 Here the choices are almost endless, as each device will have one or more applications available and there are also stores in each third platform apps that allow us to deliver content and replicate the desk if we have compatible mobile terminals. That is, we have basically one hand the applications of set-top box, the stick, the smart TV or device we use and on the other the generic apps that run on any compatible terminal miracast and / or DLNA.

The first they tend to be much more concrete and specific functionality designed for our teams. This applies, for example, the app Chromecast or integrated systems of Samsung for their TVs and smartphones, which are auto-detected and synchronized with virtually no user intervention if they are compatible with Smart View.

In the second group we have generic applications, created by third party developers and designed to be compatible with a wider range of mobile devices, but sometimes suffer from a higher difficulty settings and / or are extra. Any examples? For many, one of the most popular is iMediaShare, platform (iOS and Android) and supports a variety of makes and models of phones and TVs (Samsung, LG, Sony Bravia, Philips, Panasonic, Toshiba, Sony PlayStation, Xbox, Apple TV, WD Live TV, etc.)