By now, everyone knows how powerful social media is. In fact, it is even seeping in the college admissions process. A lot of admissions officers are loathe to admit this, but they regularly visit a potential candidate’s Facebook pages or Instagram profiles. If they see anything out of place, there is a potential that your application gets tagged for future scrutiny. Worse still, you may not be able to get into the college of your dreams. If you’re not sure how your online habits may be affecting your ability to get into college, here is how social media affects college admissions decisions.

College Admissions Officers Will Look at Your Photos

Ever hear the saying, “a picture says a thousand words?” Well, it’s very true. Whether those words accurately describe who you are or what is happening in the picture is completely irrelevant, though. If you have any pictures of yourself publicly posted on your social media pages depicting you in situations that could be perceived as delinquent activity, then you’re going to want to delete those immediately. You don’t want anything on your feed that doesn’t look completely wholesome and innocent.

Your Updates and Other Written Information will be Analyzed

Another thing you want to think about is the frequency with which you are updating your feeds. If it’s obvious that you spend a lot of time on social media, then it might give admissions officers the idea that you won’t have much time to dedicate to your studies. This is especially the case if you are commenting and posting on other people’s feeds quite a bit as well. Also, if any of the status updates or comments you write are negative or dramatic in any way, it could be perceived as a red flag. 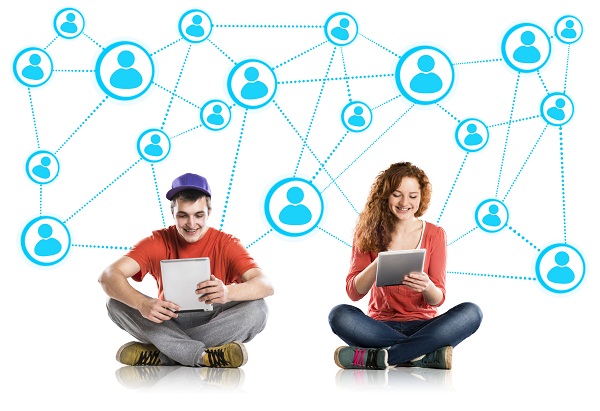 The Size of Your Social Network

College admissions will also look to see the amount of friends you have on a certain social media site which could strengthen a college’s decision to accept you.  Of course, the social media platform and the major that you are declaring will also have a lot to do with this. If you are applying for an arts school and you have a ton of followers on Instagram who love your art, then this will show schools that your work is already being appreciated by the masses and they will compete to curry your favor. However, if you have a lot of followers because you post lots of provocative photos of yourself, then it will probably have the opposite effect.

An Indication of Your Temperament

If you brag a lot on social media, this could be frowned upon by an admissions department. We all like to share our successes with the people who are closest to us, and sometimes we are so proud of our hard work that we like to share it with the world. There is nothing wrong with sharing your success with the world, but if you start venturing into gloating territory, it will demonstrate a certain level of immaturity that is not favorable in academia. So make sure you maintain a certain level of poise on your social media feeds.

Your Honesty and Sincerity on Social Media Won’t be Discounted

Even though there’s a lot that people still can’t learn about you no matter how much you post on social media, there’s a great deal that really does come through, and sincerity is one of those qualities. If you are applying for a highly competitive and rigorous program, like GW’s political science degree, then you are going to need to show that you have a strong moral compass and a very earnest nature.