Over time our demand for space and capacity is increased considerably, if we want to be productive and have greater scope is no longer enough a monitor, of course, everything depends on the activities of each person, but if such is someone dedicated to video editing, working with more than one monitor and under good resolution is almost essential.

Computex finished, but we continue with the hangover of news that were lost in the tide of ads, now with a little lighter you can appreciate, as the case of DisplayLink, who announced a new chip that will allow us to have four monitors with signal independent 4K, but best of all is that the connection is via USB. 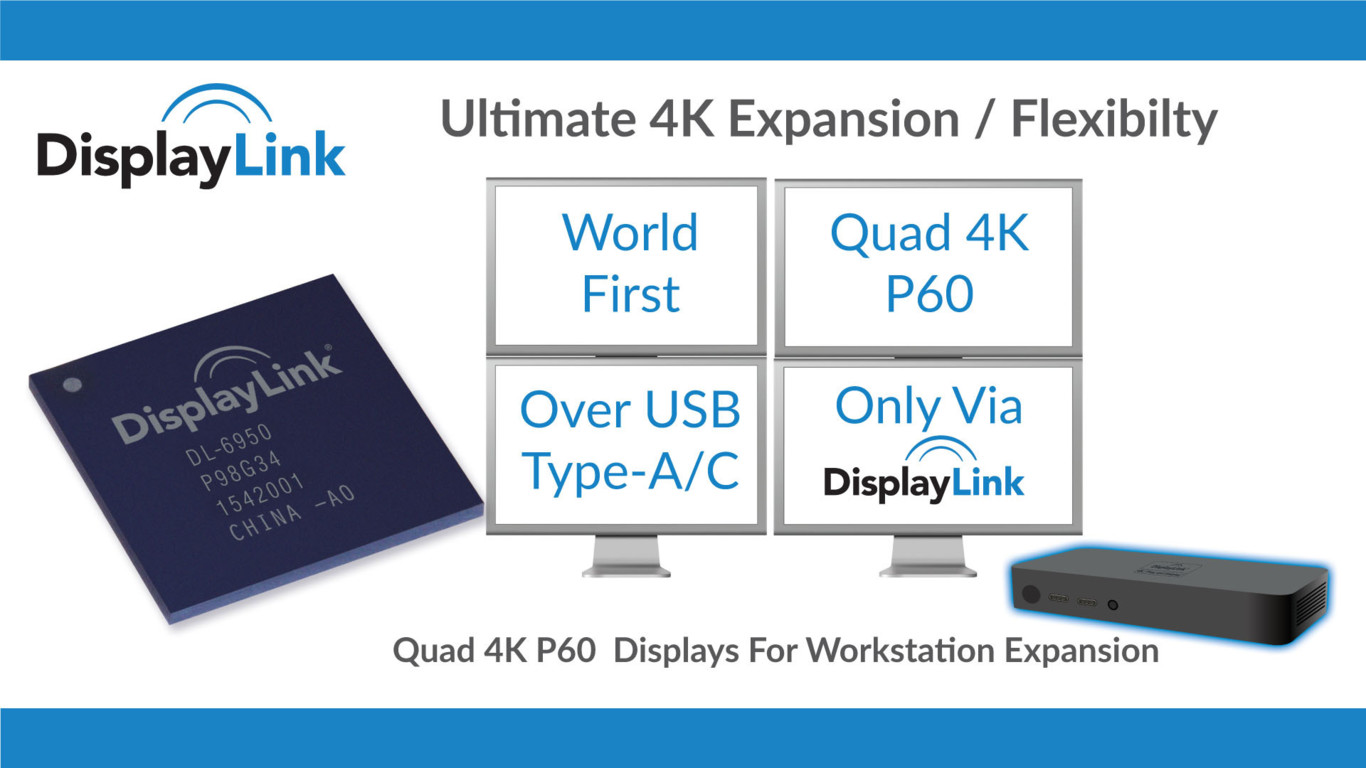 Since 2013 DisplayLink has been commissioned to investigate and make chipsets able to use USB connections for video viewing images in 4K, this represents a considerable decrease in investment cables or additional devices to serial connections; but it was not until the CES past when the company introduced its family of chipsets DL-6000 for docking stations, which at that time allowed to connect two monitors with separate signal 4K with just a USB 3.0 cable.

But now, DisplayLink has taken a major leap to be the first company with a solution to connect four monitors 4K p60 through a single USB connection. It is a docking station equipped with two DL-6950 chips will allow us to split the signal into Quad-4K, which will be possible to have a maximum resolution of 3840 x 2160 pixels on each monitor.

The docking station also working with USB, Type C standard A cable or allows connecting monitors directly to a video card has a Gigabit Ethernet port, docking audio and USB 3.0 expansion, so we have a spectacular workstation with everything you need to work editions of images and video in 4K.

DisplayLink only presented a demonstration of the capabilities of your chip, so far other details such as price and availability are unknown, but they have already advanced they are in negotiations with some companies to incorporate the chip into their products, from GPU to workstations to and have this integrated natively on multiple devices possible.