It was an obvious move, Facebook is betting a tremendous way to the video in 360 degrees and virtual reality, but curiously did not have a tool that could capture this type of video, as we know, Facebook is not engaged in the manufacture of hardware. Well, that was until a few minutes ago, because during the F8 Developer Conference, has released the Facebook Surround 360, an interesting device for video capture. 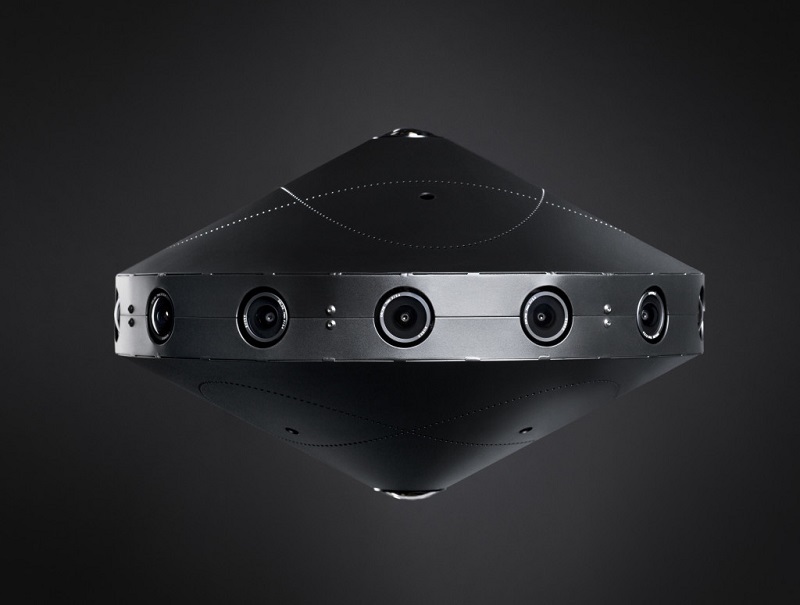 This camera offers a design like dish which integrates 17 cameras with 3D VR lenses, which will make the work of post-production is less complex, because everything that captures this camera can be shared immediately on Facebook, or uploaded to the store Oculus, offering compatibility with both platforms, including Gear VR, with the aim of promoting the creation of content.

Something that should be mentioned is that this camera will not go on sale, instead of this; Facebook will be published on Github all components required for manufacturing and programming algorithms and the necessary software, because yes, this camera it is open source and anyone can modify it at will to suit your needs.

If we want to follow in the footsteps of Facebook and build it according to the recommended specifications, we can acquire all components online for about $ 30,000. Chris Cox, product manager at Facebook, said:

“We have no ambitions to enter the camera business, but we realize that there was a good reference chamber to capture virtual reality”.

Turning now to the specifications, the Facebook Surround 360 will be able to capture video in 4K, 6K and up to 8K, this thanks to its 17 cameras capture images 4 – megapixel, each placed around the plate, but also one fisheye part top and two at the bottom, so there is no room to escape him this camera. The result is 30 Gbps files that are transferred directly to an SSD drive via USB 3.0.

The design is based on an aluminum casing which can be easily disassembled and withstands extreme temperatures without overheating. Besides having a base to place and leave captured without user intervention, which can be removed support for mobility.

Finally, the camera is based on Genlocking to connect all cameras at once, creating a single file ready for distribution without the need for weeks of post-production.

But surely its biggest advantage is that it is an Open Source platform, so developers can create programs and compatible applications and thus enhance the use of the camera. Again, Facebook is not the first company to enter this field, but his bet is undoubtedly the most interesting of all, because we are facing a camera that not only captures video at 360 degrees, but also do 3D and high resolution, something that will make the creators, companies and even users want to take a look.