AMD Zen: High-performance processors who want to stand up to Intel

The competition gets interesting, because while Intel is releasing the artillery at its annual conference for developers, today AMD wants to claim some attention does dropping a bomb by announcing its new generation of processors, rumored AMD Zen. 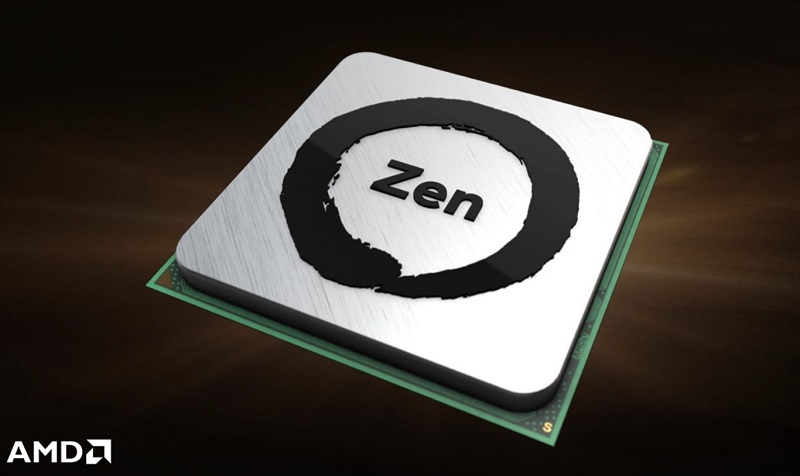 Now after several rumors, AMD is finally confirming the existence of its powerful Zen processors, which reach a position in a market dominated by Intel Core segment and puts Sunnyvale again in high-end, this after some failures with the previous generation, which has given the impression that AMD only has a presence in the low range.

Broadwell outperform Intel-E, according to AMD

AMD is finally betting on gaming high performance PC, where the company has proven experience to be the heart of the Playstation 4 and Xbox One, including the Xbox One S and the upcoming Project Scorpio, so as logical to take advantage of this to bring it to computers using the new family of processors Zen. 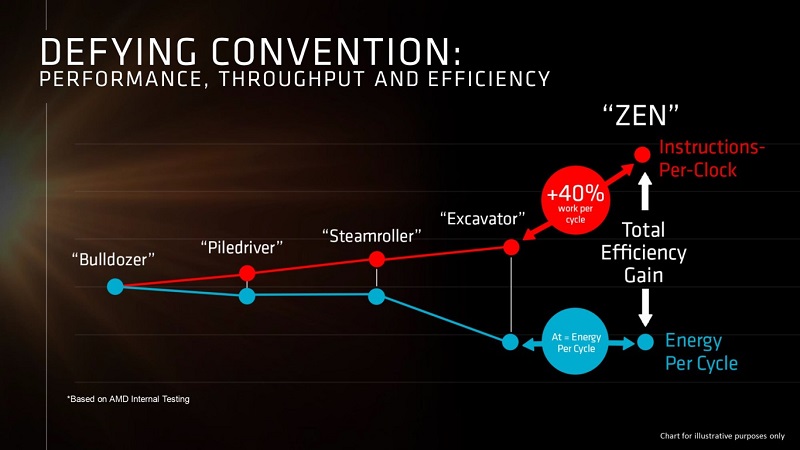 Zen AMD are manufactured under processes 14 nanometer FinFET which greatly enhanced the IPC (instructions per cycle) by up to 40% compared to the previous generation; plus they finally have implemented multithreading architecture with the new SMT (Simultaneous Multithreading), yes, goodbye to the CMT, which will run multiple threads at the same time, something very similar to what Intel offers with its Hyperthreading.

There has also been increased by 1.75 times instruction scheduling, and 1.5 times the performance of resources, and now we have to 8MB L3 cache that accompany an increase in the unified L2 cache, all this gives us up to five times more bandwidth than the previous design Excavator. 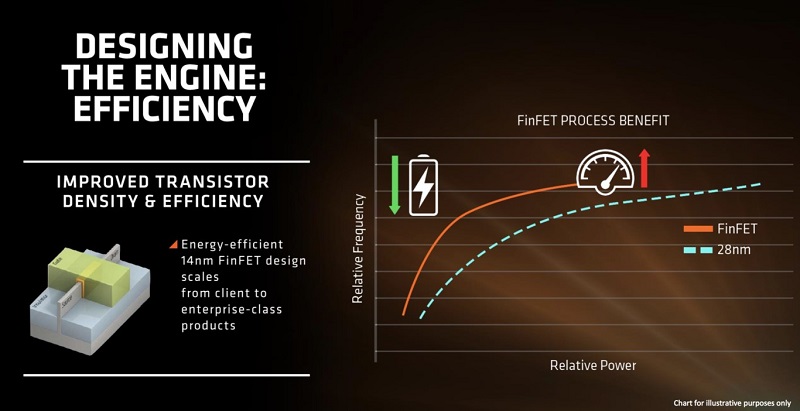 With this, AMD promises access to virtual reality video in 4K and games under the higher rate and with a remarkable performance, in addition to an improvement in power consumption in portable, which they say puts them above the Broadwell family -E Intel. This might sound excellent, however AMD has shown no technical details such as thermal profiles, or discussed speeds and prices, only showed a benchmark where performance is compared against a Core i7-6900K, one of the most powerful Intel, and as expected, the Zen AMD has won the victory.

Zen AMD processors will arrive during the first quarter of 2017, the first August 1 cores, 16 threads, manufactured under the new AM4 platform with support for DDR4 RAM, which will be known as ‘Ridge Summit’; while for the second quarter of 2017 we will know ‘Naples’, a beast focused on servers come with 32 cores and 64 threads. 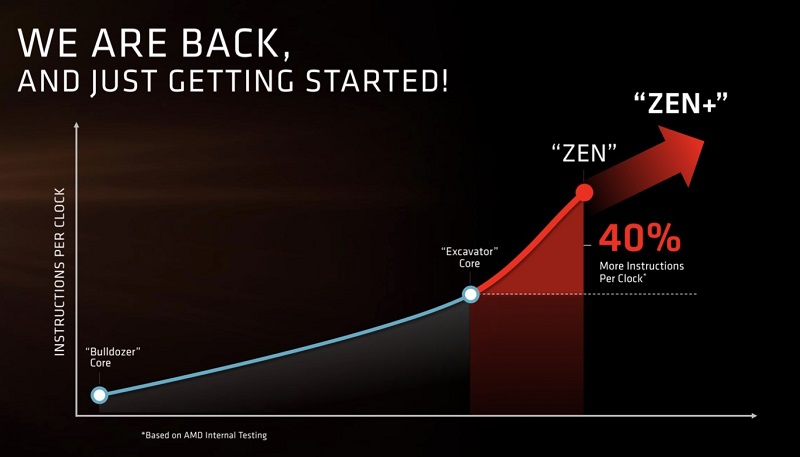 Now we have to be attentive to Intel’s response, as rumors say that the seventh generation of the Core family is just around the corner.

During the celebration of the event Hot Chips, AMD will release more details on this new architecture.