After the spectacular – and expensive – Intel processors, is turn to AMD at Computex 2016 has taught their alternatives, but the most striking thing seems to be the presentation. Radeon RX 480, a graphics card called to be the link between your computer and virtual reality.

The new graphics card guys AMD is the first to use the architecture Polaris, with a 14nm manufacturing technology and will be a reality next June 29. Not only do we have to wait a little, but they want to hurt Nvidia with the most important factor: a much lower price, which starts at $ 199. 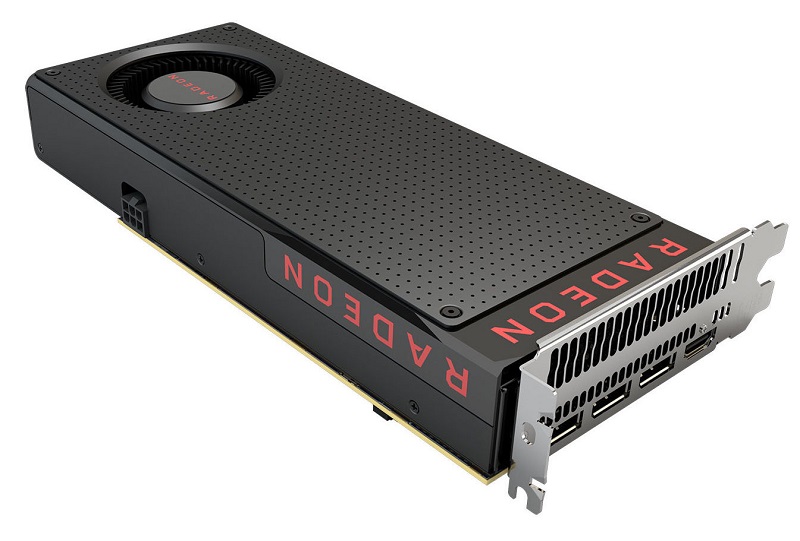 It is clear that one of the biggest barriers that will find the virtual reality to enter our bedrooms is the price. Any decent configuration to run one of the helmets HTC or Oculus has to have a good graphics card, which quickly goes above 400 dollars. AMD says its new Radeon is ready to give us what we need, at a price far less painful departure.

The basic version of Radeon RX 480 comes with 4GB of VRAM, and although it should not enter into a direct battle with GTX 1070, has come to also bother with respect to processing capacity: AMD promises more than five teraflops in price lower, which is half of what it costs model Nvidia said.

Okay, a GTX 1070 is able to move 6 teraflops, but costs $380, and if we go to the 1080 GTX, we speak of 9 teraflops, but you have to pay $600. If AMD delivers what it promises, you will have many friends in this next-generation graphics, regardless of the virtual reality.

There will be a higher step with 8GB of RAM – about $230 – and the possibility of connecting two cards in parallel, to reach similar to that of a GTX 1080. In demonstrations on games power, taught the new Doom running in the hands of Id Software, and a title called Ashes of Singularity, where a higher frame rate than a GTX 1080. Of course, using two Radeon cards in one computer was achieved.

You may also like to read another article on Lab-Soft: Nvidia GTX 1080: Five keys and a doubt the most powerful graphics card

As expected in any case it will support the FreeSync AMD technology, plus support HDR video through DisplayPort 1.3 / 1.4 and HDMI 2.0b ports. To create the new Radeon said used architecture Polaris, with a manufacturing technology 14nm (FinFET).

In short, $199 for a card according to AMD, can deal with helmets Vive – HTC feels the same – also with Oculus Rift. We would love to see its actual performance with next-generation games, and also to know if this somehow affects Nvidia’s strategy with its two powerful cards. Visit http://bancheap.com/ for more tech reviews.