Home Gadget A camera in our eye? Sony wants to change the personal photography forever

A camera in our eye? Sony wants to change the personal photography forever

The Google Glass and raised the idea of having access to an advanced system in our eye, that beyond my information offered us shoot almost immediately, something we can already do with our Smartphone, but the Glass went a step further, because the immediacy factor was increased considerably.

As we have seen, companies have a strange obsession use our eyes as the next great device, but the reality is that Glass has been the closest thing to it, because today there is a wide range of projects, ideas and patents that seek to enhance the functions of our eye, but there is nothing real, where we have seen new projects of Google, as well as Samsung, but now it’s Sony who raises his hand in this section. 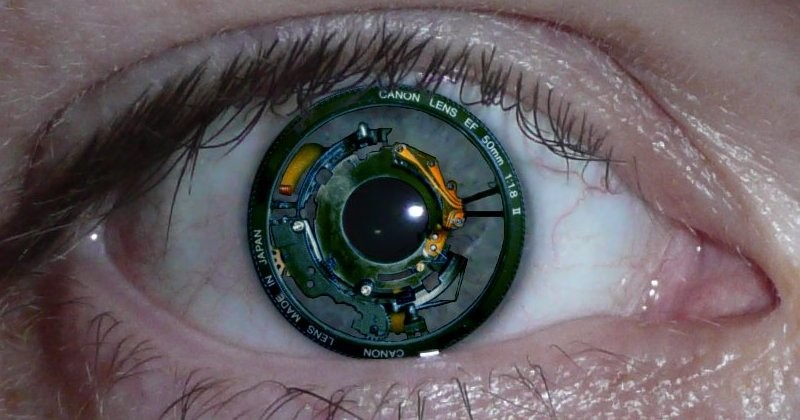 Much has been said the case of patents, since it seeks to protect an idea does not guarantee that we will see that materialized in the near future notion, however there is a great need to record all those ideas, however crazy they are, even if we not yet have the technology to develop them.

This is the case of Sony, which although it sounds like science fiction, is to draw attention to are the Japanese who bet on an idea of this caliber, as we are talking about one of the manufacturers of sensors most prolific that exist today day, who now wants to give an important leap out its photographic technology to a contact lens.

Note that the patent only has been filed and is pending approval, it is described as a “means of contact lens and storage unit image capture”, i.e. a lens that can take pictures when it detects a blink of an eye “aware”, with the ability to store it locally, or transfer it to an external device.

To this we will add that feature auto focus and image stabilization to correct the “blurring caused by movement of the eyeball”. So we’re talking about a lens with image sensor, microprocessor, data storage and wireless connectivity, sounds amazing right? Definitely!